Music, more on tap Saturday for ‘Miracle on Monroe Street’ 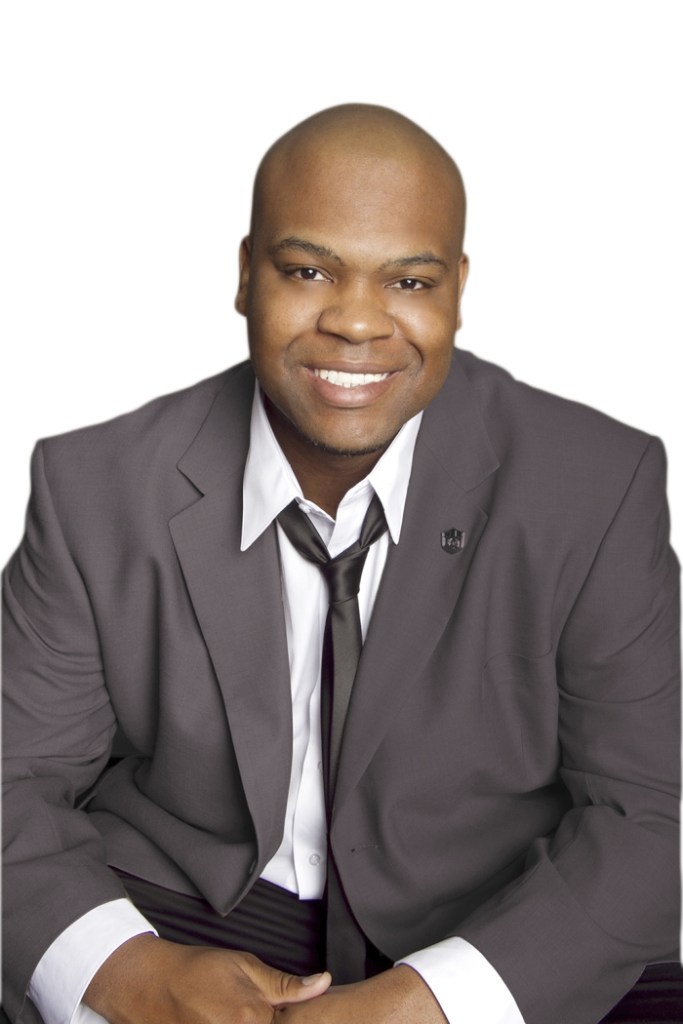 Quentin Bethea was nervous when he sang “Amazing Grace,” at Community Outreach Christian Ministries in Charlotte. “My voice trembled quite a bit, and I was also playing the piano, which increased my nervousness,” Bethea recalled. “But despite being nervous, I got a standing ovation.”

Chances are Bethea may be a little nervous on Saturday when he performs during Livingstone College’s Christmas Concert, “Miracle on Monroe Street – Back by Popular Demand!” But chances are even greater that he’ll again be rewarded with a standing ovation.

“Quentin Bethea has one of the strongest and purest voices of any baritone I’ve ever heard,” said Dr. DaVaughn L. Miller, director of choral activities at Livingstone College. “His voice captivated me the first time I heard it, and I’m certain others will be equally impressed by it. When Quentin performs, he takes over the song as if it was written just for him. On Saturday night, I know audience members will be truly amazed by his voice.”

Miller, who earned a Ph.D. in music education from Columbia University, directed Livingstone College’s Concert Choir at Carnegie Hall in 2010.  Miller knows good music when he hears it.

And good music and more are on tap for Saturday’s Christmas Concert, which begins at 7 p.m. in Varick Auditorium.

The concert will be followed by Livingstone’s annual Tree Lighting Ceremony, which will feature Music Instructor David Palmer and a brass ensemble that will perform “Joy to the World” and “Oh Come All Ye Faithful”.

The concert will be preceded by a Community Christmas Dinner, during which Livingstone administrators, faculty and staff will serve about 25 families and provide toys for the children in those families. The Christmas meal will be prepared by students in Livingstone’s Hospitality Management & Culinary Arts Department, led by industry veteran Vivian Ray.

The dinner will also feature Livingstone senior vocal major Tyquan Alston, who will sing and play the keyboard, and the awarding of two scholarships to obtain a certificate in culinary arts from Livingstone.

Bishop George E. Battle, Jr., Senior Bishop in the African Methodist Episcopal Zion Church and Chairman of the Livingstone College Board of Trustees, helped serve the families at last year’s Community Christmas Dinner, as did his wife, Iris Miller Battle. They won’t be able to attend this year’s event because of a prior commitment to the AME Zion Church, but Battle is confident Saturday’s events at Livingstone will be successful.

“Livingstone College’s mission has gone well beyond the walls of Monroe Street, which is evident by the great things going on under the leadership of Dr. Jimmy R. Jenkins, Sr.,” Battle said. “The Community Christmas Dinner and Christmas concert are further examples of the college opening its doors to enable others to enjoy what God has blessed us with – the means to provide a nice Christmas meal and toys for families, and students and staff with exceptional musical and theatrical talents.

“In a world where there’s so much turmoil going on, Livingstone has always been a school that celebrates life and joy,” Battle continued. “Even back when I was a student there in the mid-to late-1960s, Livingstone was a beacon of hope, peace and freedom. I’m truly sorry Iris and I can’t be there, but I know the families at the dinner will be blessed by what’s in store for them, and the concert attendees will be treated to an extravaganza that can rival anything for which they’d pay much, much more to see on Broadway.”

Tickets for “Miracle on Monroe Street – Back by Popular Demand!” can be purchased at the Livingstone College cashier’s office from 8 a.m. to 5 p.m., Monday through Friday and also online at www.livingstone.edu/tickets. Prices are: $15 for adults; $10 for children age 7-18, college students with ID and seniors age 60 and up; and free for children 6 and under.

Bethea was 10 years old when he sang “Amazing Grace,” so it stands to reason he was a tad nervous during that performance. But since then, Bethea has emerged as a talented artist who’s performed with the likes of gospel legend and Grammy Award winner BeBe Winans and Grammy winning saxophonist Kirk Whalum, just to name a few.

Bethea and Livingstone student Justin Walker have produced a CD titled, “Miracle on Monroe Street,” and copies of it will be on sale at the Christmas Concert. Student Ronald Smith sings background vocals on some of the CD’s tracks, and Dr. Gary L. Callahan, director of Livingstone’s Holistic College, helps out by playing the saxophone on “It Came Upon a Midnight Clear.”

Bethea, standing 6-4, has a commanding presence to match his voice and said he’s grateful for being blessed with musical talents. He hopes Varick Auditorium is filled on Saturday night, because a lot of hard work has gone into “Miracle on Monroe Street – Back by Popular Demand!”

“Dr. Jenkins has a great vision for this production, and Dr. Miller, Mr. Sessoms, Mr. Connor and Dr. Harrison have worked diligently with the students to ensure it exceeds the president’s expectations,” Bethea said. “Their hard work, added with members of The Salisbury Symphony, which speaks to our good relationship with the community, and the hard work the students have put in, will all combine for quite a show. For several weeks now, I’ve been intimately involved with this year’s production, and I guarantee you, it’s going to be great.”