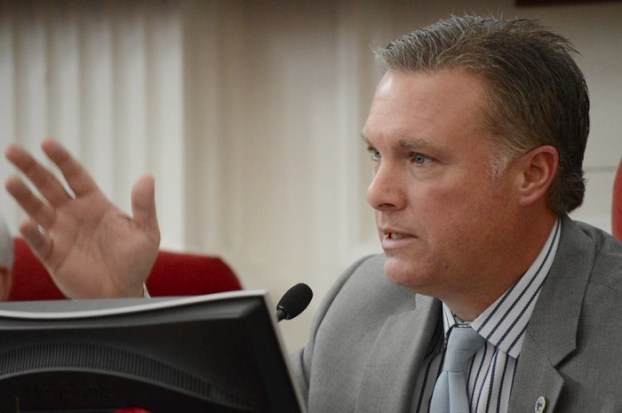 Congratulations to new Chairman Greg Edds and Vice Chairman Jim Greene as the Rowan County Board of Commissioners starts a new chapter in county history.

The newly constituted board jumped right into key issues Monday, voting to proceed with an appeal regarding the former Salisbury Mall and approving incentives for a manufacturer that might build a plant in Summit Corporate Center.

The appeal actually is in keeping with a letter some of the commissioners signed as candidates several weeks ago. They asked the commissioners then serving not to take further action regarding Salisbury Mall and to leave those matters to the new board. City Council had turned down the county’s request for a special use permit to put county offices in the mall, now called West End Plaza. The new commissioners got their wish; City Council dragged out the formalities of approving its denial, and County Attorney Jay Dees did not file the appeal.

Now Dees will proceed with that action, but he and commissioners signaled that the appeal is just one facet of ongoing conversations between the city and county. They will also look into an overlay, which would require the county to file a detailed plan. New commissioners can’t undo the fact that the county bought the mall without realizing it was not zoned for government use, but they can explore all angles and work with the city  to find a solution that’s mutually beneficial.

Commissioners quickly and unanimously approved incentives for the prospective industry, Agility Fuel Systems, a maker of natural gas fuel systems for heavy duty commercial vehicles. Agility has not finalized its site selection, but Rowan is in the running and commissioners did nothing to hurt the county’s chances Monday. The ball is now in the state’s court to see what other incentives Agility could be offered.

The board honored outgoing commissioners Jon Barber, Chad Mitchell and Jim Sides, as they should. The former board members devoted years of their lives to serving the county.

It’s too soon to know exactly how this new board will vote on controversial issues and who will align with whom. Former Vice Chairman Craig Pierce was the odd man out on the chairman vote, but that’s already history. New Chairman Edds is unlikely to publicly hold a grudge. As head of the county Republican Party, Edds’ goal was to beat Democrats. But as chairman of the county commission, Edds’ job will be to make sure all of Rowan County wins — with more jobs, a better economy and improved public education. That’s a much tougher job. Edds will need all the allies he can get.

The restoration of the Blackmer House proves that preservationists have the gift of patience. Thirty years ago today, fire gutted... read more