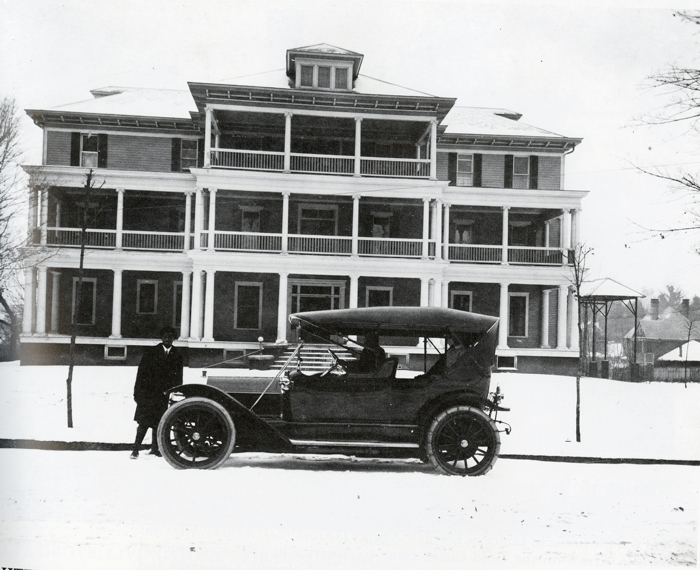 Before there was Rowan Memorial Hospital (now Novant Health Rowan), the Whitehead-Stokes Sanitarium pictured above served as Salisbury’s main hospital. It was established at the corner of Fulton and Liberty streets in 1900 and served the city until being replaced by Rowan Memorial in 1936. It is no longer in existence. The name of the sanitarium comes from Dr. John Whitehead, a local physician, who had obtained the services of Dr. Ernest Stokes of Johns Hopkins to be a surgeon when the facility was established. The date of the photograph, which comes from a book of images compiled by Historic Salisbury Foundation and the Rowan Art Guild in 1981, is not given, but antique car enthusiasts probably could offer a good guess judging from the car shown.