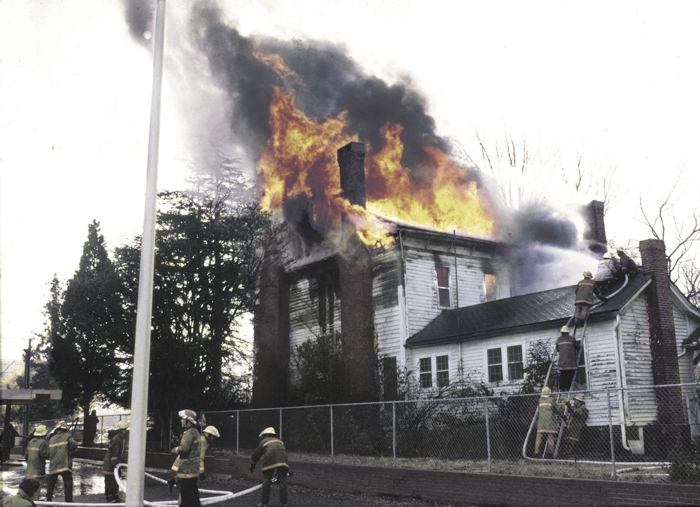 The restoration of the Blackmer House proves that preservationists have the gift of patience.

Thirty years ago today, fire gutted the home at 112 S. Fulton St. — best known as the home of actors Sidney and Suzanne Blackmer. The house dated back to 1820, when John Fulton built it for his family, and the structure’s lifespan appeared to be ending as flames burned through the roof in 1984. The cause was never conclusively determined; either a log rolled out of the fireplace or something happened with a kerosene heater. Fire destroyed so much of the house that it looked like a burned-out shell.

No one would have guessed on Dec. 1, 1984, that three decades would go by before someone bought and restored the Fulton-Mock-Blackmer House, as new owners Glenn and Beth Dixon are doing now. In the whole scheme of things — life, death, wars and strife — saving one house might not seem to matter. But people have given up on houses with less damage and just as much history.

If you have an old family place falling into ruin somewhere — a victim of fire, neglect, termites, or all three, think of the Blackmer House and don’t give up. Restoration may seem like an extravagant dream, but stabilization might be practical. You never know what the future will bring. But you do know this: Once a house is demolished, it is gone forever.