Shop smart during the holidays 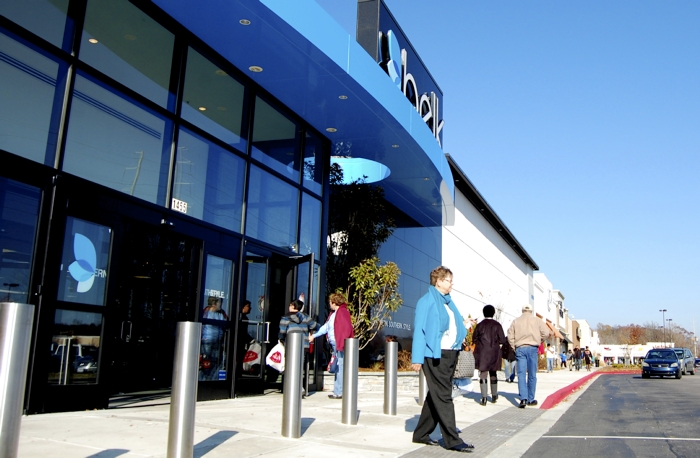 Holiday shopping is in full swing now that Thanksgiving has come and gone, people came out in droves Thursday night and through the weekend to get a head start on gift shopping.

This holiday-shopping season is expected to be slightly better than last year. Gallup’s latest poll on consumer spending, released Nov. 24, shows Americans, on average, will spend around $720 on gifts this season. The figure was just over $700 in 2013.

With 25 days until Christmas there is still plenty of time for people to get their shopping done. Shopping for gifts can be frantic, hectic, manic — and many other “ic’s.” But with a little planning, people can make it through the season without emptying their pockets … and bank accounts.

A recent poll conducted by SunTrust and Harris Poll found that nearly 40 percent of shoppers plan to spend as they go during the holiday season. Newton said not planning expenditures in advance can cause problems, like not being able to pay bills on time. The poll found that 20 percent of people with children under 18 will pay at least one regular bill late because of holiday spending.

Newton said people can set gift expectations with family and friends before shopping to avoid feeling like they need to spend more to show someone how much they care.

She said being thoughtful and spending based on one’s income is important.

“Everybody doesn’t have the same means and resources,” she said.

In light of the poll, SunTrust set up a website, www.holidaymeans.com, that has free tips and information to help people manage their holiday shopping.

Friday at Wallace Commons was busy to say the least. The parking lot was full and stores, like Belk and Kohl’s, were packed with shoppers carrying overflowing bags. People came and went through the sliding doors at each store’s entrance like busy bees around the hive.

At Kohl’s the checkout line was so long people were standing in line at the back of the store waiting to get to a cashier at the front.

Outside, Joann Cribb was on a break from work. She works at Kohl’s and said most of the customers who come to do holiday shopping know what they want before they get to the store.

“People have ads in hand and they pretty much know what they’re looking for,” she said.

As for herself, Cribb said she figures out what she’s getting for her son and parents before she goes shopping. She said she looks through ads too, and picks an amount to spend on each person.

“I’d rather do it online if I can,” she said about gift shopping, adding it can be a hassle.

Also in Kohl’s were Laura and Darrell Troutman. The young couple, both in their early 30s with two young boys, said they enjoy holiday shopping and that Laura does most of the planning.

They normally set a limit on how much to spend on gifts, Laura said, but added they sometimes go over. She also said she goes through ads to find good deals.

“I’m very much a planner. I like to do my stuff early,” she said.

At Michaels craft store, Bobbie VanDusen said she likes to have everything done a week before Christmas. She said she doesn’t make a budget and holiday shopping isn’t stressful unless she’s doing it at the last minute.

James Faust, 37, said he doesn’t have a plan when he arrives at the store to do his holiday shopping,

“Normally just go out and buy stuff,” he said, adding he’ll browse around looking for deals.

But when shopping online, he said, he compares prices to find the best deal.

Online shopping has grown tremendously in the last decade, giving new meaning to the term “one-stop shopping.” With more and more businesses selling products online and sites like Amazon that sell virtually everything, more people each year elect to do their gift shopping on a computer from the comfort of home.

This year, shoppers are expected to spend over $100 billion online during the holiday season, according to the National Retail Federation.

Gift giving is a tradition all its own. But it’s important to remember that it’s not the only reason we celebrate the holidays, Newton said.  Spending time with loved ones and sharing sentimental moments are what make the holidays so special, she said.

But if you have to spend, spend wisely.