Salisbury girls: The key is patience 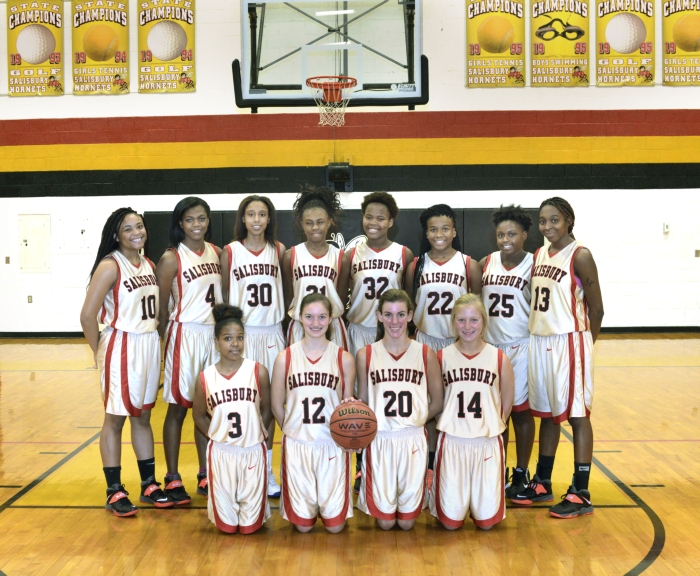 It will be another test of patience for Salisbury in 2014-15. The Hornets, who finished last season fifth in the Central Carolina Conference, are still striving to get back to what they were five years ago.

The Hornets won three straight state titles from 2009-11. Their streak of nine straight appearances in the 2A West regional tournament ended in 2012. They went 12-13 in 2012-13 and took another step back going 7-17 last season. The team suffered through two five-game losing streaks and a seven-game losing streak.

Head coach Lakai Brice said this is another rebuilding year.

“It requires a lot of patience,” she said. “They are patient, and they learning a new system that requires them to be patient with each other. For the most part, they’ve been handling that.

“I’ve been patient with them because I know they’re going to make mistakes.”

The Hornets, like last season, are a young team. The roster is made up of two seniors, five sophomores and three freshmen, and there is a pair of juniors playing for the first time.

“We have to break them all the way down to the basics, but that is what we have to do to be a successful team,” Brice said.

The two seniors are Katy Wolfe and Bryana Caldwell. Last season, they combined to average 10.8 points per game and had just five games in double figures. Those efforts never happened on the same night.

Tyzarea Alexander, a sophomore guard/forward, is back as well. Alexander scored 6.9 points per game as a freshman. She scored a season-high 18 points against West Davidson and reached double figures eight times. Her defensive presence is also valued.

Even though the team is rebuilding, Brice is optimistic about the future. It will, once again, require patience.

Wolfe averaged 3.9 points per game in 2013-14. As one of two seniors, she is expected to be a vocal leader. Brice said Wolfe showed that in practices leading up to the start of the season.

Caldwell, who stands at 5-foot-10, can play the one through the five, Brice said. The Hornets need her to score points — she averaged 6.9 points per game last season — as well as be an extension of Brice on the floor.

Alexander is going to handle the toughest defensive assignments. She returns after averaging 6.9 points per game. But it is her intangibles Brice pointed out. The coach called Alexander the Hornets’ “heart and soul” and said she is “an extremely hard worker.”