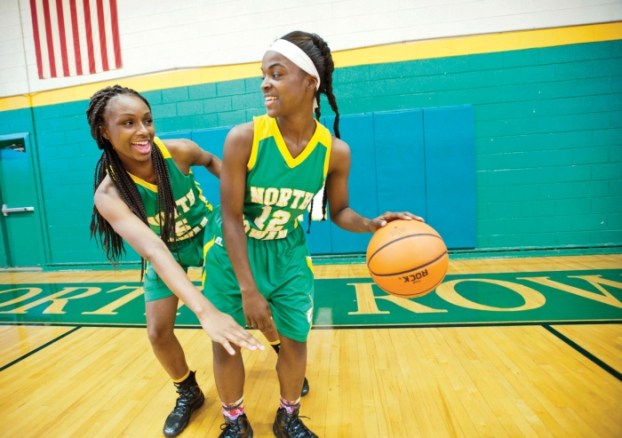 It will be hard to find a more-experienced group of players in Rowan County than the North Rowan girls. From a team that won 18 games and finished second in the Central Carolina Conference, the Cavaliers lost only two players.

“It’s obviously an advantage to come back players that have been there before,” head coach Brian Lytton said. “They’ve played in pressure situations. I think that will serve us well.”

The Cavaliers come into this season looking to make another run at the CCC title after they came excruciatingly close last year. North Rowan’s two league losses were to league champion East Davidson. The first one was a 49-48 defeat at home in which the Cavaliers had a last-second shot at the win.

“I guess you could say we were one game shy,” Lytton said. “The first time we played them at our place, we had a shot at the buzzer to win the game. I think we feel confident we can beat them this year.”

One of the keys to the Cavaliers making a run at the reigning conference champion Golden Eagles is the Cavaliers’ bench.

“I think we have more bench strength and more depth, so everybody can go 100 percent all the time,” Lytton said.

There’s also not a clear weapon for the team, no player that defenses absolutely have to stop. Instead it’s a matter of which player gets hot that night.

The four returning starters can play almost anywhere between the point guard and the power forward.

“Basically, we’ve got four guards that start, and we put a forward or center to that,” Lytton said.

The Cavaliers, however, are looking for a presence down low. That’s where 5-foot-9 freshman Egypt Alexander comes in. Lytton said she can bring something on the block, which is good because it’s something that is missing right now.

A versatile player that can contribute to the Cavaliers’ scoring, rebounding and defense. Washington is looked at as a No. 2 guard. She averaged 7.6 points per game and 3.9 rebounds per game in 2013-14.

Robinson is the two-time team MVP and is usually at the top or near the top of the scoring. Robinson averaged 11.7 points, 4.3 rebounds, 3.6 steals and 3.0 assists per game.

One of the most versatile players the Cavaliers have on their roster coming into this season. Basically, she can do it all. Lytton said Blaire can play anywhere from the point guard to the power forward position. Blaire averaged 7.2 points and 4.2 rebounds per game. LANDIS —  Qwan Rhyne nearly made it through the football season unscathed, but he broke a bone in his shooting hand... read more