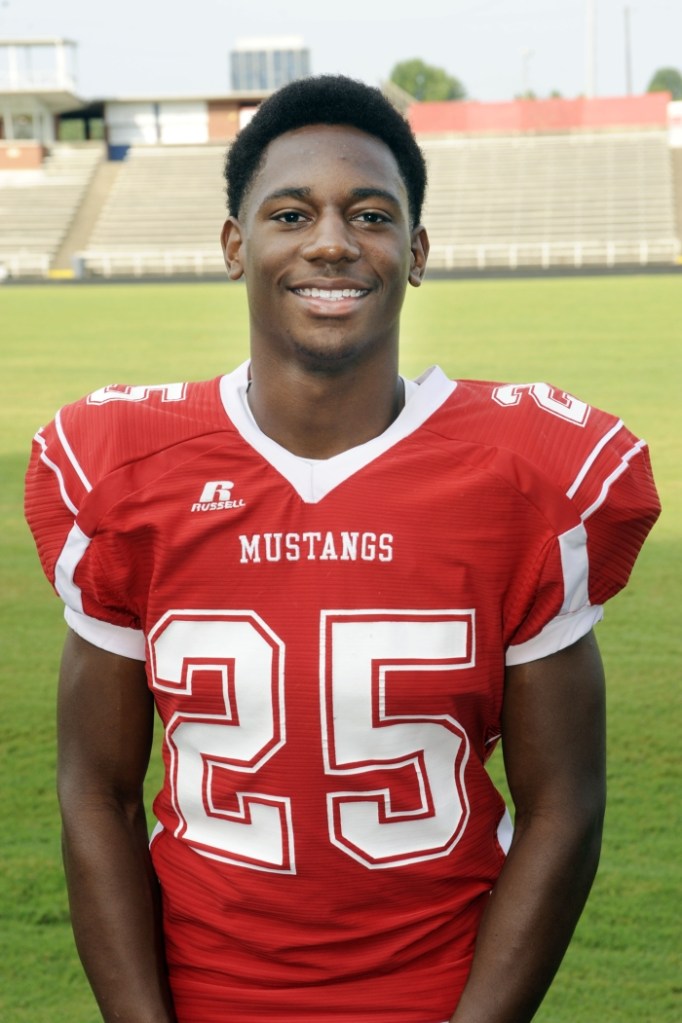 McCree says 151 is accurate. East Rowan coach Kenneth McClamrock chuckles and says McCree might move the scales to 151, but only after a hearty Thanksgiving dinner.

As surprising East Rowan (7-6) prepares to travel to Belmont South Point for the third round of the 3A state playoffs, one thing everyone agrees on is the savvy senior is a player.

“He was actually the first East Rowan guy I was told about,” said McClamrock, who in his first season at the helm of the Mustangs. “They said East had a safety who would come up and strike people. Big or small, he hits them all. He’s delivered some of biggest hits we’ve had this season.”

McCree plays a position where he has to defend the pass first, but he’s aggressive and East Rowan has been fortunate to see a steady parade of running teams. The running game is largely about math — so many blockers to deal with so many defenders — and McCree changes the equation in the Mustangs’ favor with his tackling ability.

“He’s an extra man for us against the run,” McClamrock said.

“A lot of those tackles in the Concord game were Rocky,” McCree said quietly. “Rocky is awesome. I just hit him and held on until help came. Most of tackling guys who are bigger than you are is mental. You just have to believe you can do it and then you have to make that form tackle.”

East Rowan defensive coordinator John Fitz, who coached at Catawba under Chip Hester from 2006-12, is a proponent of the “Hawk” tackle. The tackler leads with his shoulder into the thigh of the ball carrrier. They call it “eyes through the thighs” tackling. There are safety benefits, as the “Hawk tackle” doesn’t involve the defender’s head.

“It’s the Seattle Seahawks style of tackle,” McCree explained. “You work from the ground up and you aim for the ballcarrier’s legs. You wrap up and squeeze , and then you drive them back.”

McCree picked up subtle things from Fitz and added them to his on-the-job training.

“I usually can tell if it’s going to be a run or a pass by reading the linemen,” McCree said. “The way they put their hand on the ground or whether they’re leaning one way or the other.”

The Mustangs are a No. 15 seed, the lowest-seeded survivor in the state in any classification. They’re still playing because they won at No. 2 seed and previously undefeated Morganton Freedom 50-49 in the first round.

East Rowan’s 27-21 victory at No. 7 seed West Henderson in the second round last Friday made fewer waves, but it was nearly as difficult. When it was over, East Rowan was the only team from Rowan County — and the South Piedmont Conference — still standing.

“It was so cold, I couldn’t feel my hands or my feet,” McCree said. “But we were able to shut West Henderson down a lot and get the ball back for our offense.”

McCree played 60 snaps. It would’ve been 61 except he had to come out for one play after his helmet was knocked off. On those 60 snaps, he was involved in 27 tackles. He was credited with 13 solo stops and 14 assists. Fitz calculates things such as “Mojo factors” using the same defensive formulas he employed at Catawba.

McCree’s Mojo percentage was off the charts in Mountain Home.

“They were a Wing-T team that was going to run the ball, so we brought Willie right up there with our linebackers,” Fitz said.

Fitz said McCree has been one of the leading tacklers in 3A football this season, steadily putting up double-digit solo tackles every Friday.

“I honestly don’t know if there’s any defensive kid in the county who’s done more than Willie has done for us,” Fitz said.

Ordinarily, it’s not a positive if a free safety is a team’s leading tackler, but McCree isn’t making his tackles 10 yards downfield, he’s making them close to the line of scrimmage.

“Just a really special kid,” McClamrock said. “A lot of determination. A lot of drive and a lot of heart. Those qualities make up for what he lacks in size.”