Carson girls: Picking up the pace 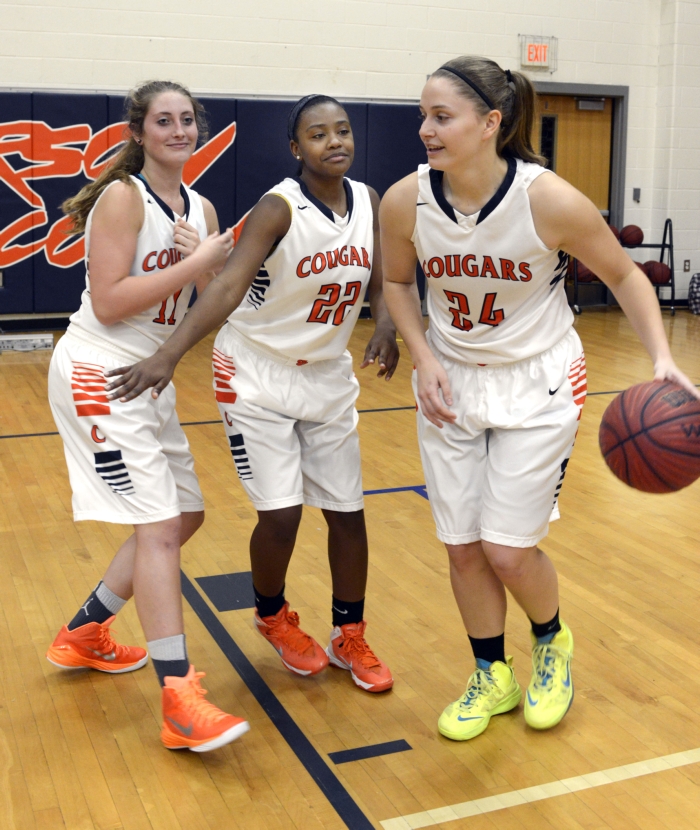 CHINA GROVE — How youthful are the Carson girls?

Twenty of the 23 players in coach Brooke Misenheimer’s program are freshmen or sophomores.

“That puts it in perspective how young we are,” said Misenheimer, who is entering her ninth season. “But the great thing is they’re pretty skilled and they want to be good.”

The Cougars were respectable in 2013-14, finishing in the middle of the nine-team SPC and making the playoffs.

Three key players graduated, including all-county guard Kate Cole. Cole’s 3-pointers and 12.1 points per game will be missed, but the duo of Jordy Clark and Megan Gray also won’t be replaced easily. Their defense-first mentality and  willingness to accept floor burns for the good of the team was unusual — and refreshing.

They gave Carson its identity. When you played the Cougars, you knew it was going to be a low-scoring, grind-it-out game, and every point was going to be earned. Carson broke 60 just once all last season, but it still went 13-13.

“Rebounding and defense are always going to be our foundation,” Misenheimer said. “But I believe we’ll have more scoring options. That’s exciting.”

Carson probably will score more this season. At least, that’s the plan. Misenheimer believes the Cougars are deeper and can play at a faster pace. She also has a freshman point guard in Olivia Gabriel, who can push the ball up the floor quickly.

Senior Alex Allen (5-10) will be the cornerstone of the team. Allen averaged 15.9 points as a junior.

Gabriel will be a key, as she’ll be counted on to score, create scoring opportunities for teammates, and to relieve Allen of some ballhandling responsibilities.

“She’s an old-school point guard,” Misenheimer said. “We know she can score, but mostly we need her to run the team and play defense.”

Senior Sydney Huffman had big games last season, especially in SPC play. She was third on the team in scoring at 6.4 points per game and will be looked to for double digits this time. Huffman crashes the offensive board and runs the floor.

Carson’s third senior is Chrishona Roberson, who returned from a concussion and contributed quite a bit late last season.

Allen can do it all, everything from blocking shots to making 3-pointers. She entered the season with 760 career points and scored 25 opening night.

“She led us in every statistical category,” Misenheimer said. “Scoring, rebounding, steals, assists and free-throw percentage.”

Huffman is a hustler who scored in double figures six times last season.

Gabriel has the quickness and the basketball savvy to score in bunches.