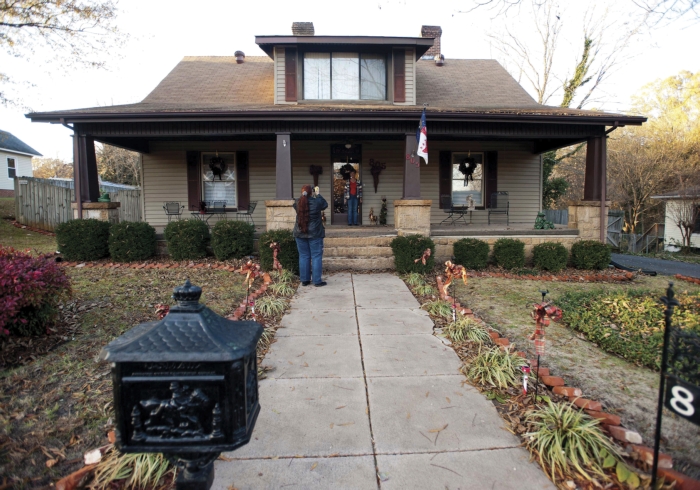 The Historical Society of South Rowan is selling tickets for the upcoming annual Christmas tour of homes in China Grove. The profits from the event will go to maintain the day to day operations of the historic China Grove Roller Mill.

From east of I-85 to north of China Grove, the 2014 Tour of Homes spans a large swath of southern Rowan.

The 2014 China Grove Tour of homes features houses of different shapes and sizes and even a bit of history at the China Grove Roller Mill. In total, there are four homes on the tour’s lineup list: east of I-85 off of Lentz Road; north of downtown off of N.C. Highway 152; north of downtown on Miller Road near Grants Creek and the feature house, which is just a few blocks from downtown on North Main Street.

The tour is Saturday, Dec. 6, with two different times when tour buses will leave the Roller Mill.

The first tour starts at 3:30 p.m. on Dec. 6 at the Roller Mill. The first tour bus leaves the mill at 4 p.m., tours two homes, returns for dinner at the mill around 5:30 p.m and wraps up the final two houses by 8 p.m. The second tour follows a similar schedule and starts at 6 p.m.

The tour’s featured house this year belongs to Barbara Doby, who lives in a 100-year-old home on North Main Street.

She first moved into the house while renting it in 1970.

“It was my dream house,” she said. “I knew when I went in, it was where I was supposed to be.”

They rented the house for one year and, after selling their previous house, Doby and her husband purchased the Main Street house in China Grove for $9,000.

Immediately after moving to China Grove, Doby said she got involved in politics, serving on the town’s planning board. “I’ve served in every position in this town except being the mayor,” she joked.

Doby’s interest in public service even extends to law enforcement, as Doby was a police officer in Landis in the 1960s. Her political and public service interest even seeped into the walls of her home.

“I’ve had two governors in my house,” said Doby. “I’ve had senators. I just love politics.”

The tour through Doby’s house will only include downstairs rooms, but each has its own unique features, even the hallway leading to her living room. Sitting just next to the stairs is a life-size knight in armor. In her dining room, Doby said she put special, holiday-themed plates out for the tour of homes. It’s just one of the many set of dishes she owns.

“I use every one of them,” Doby said. “It depends on who is coming for which set I use. But, I’ve got about 15 sets of dishes. I’ve got nothing in this house I wouldn’t use.”

She’s got a purpose for every room, but there’s one room that undoubtedly is Doby’s favorite — her den. Adorning the walls are dozens of pictures and pieces of military memorabilia. The room pays homage to her husband Charlie’s military career.

The pictures that cover Doby’s den walls are all people that Charlie met during his time in the military. A few are also of politicians. The roof is covered in flags. She said her oldest daughter helped to decorate the room when Charlie was 70, just six years before his death.

Doby said it was difficult to even enter her home after Charlie’s death.

“I hated this house,” she said. “He never stayed one day in the hospital by himself. He was my best friend. It was very hard the day after he died, to come back.”

But now, Doby says she finds comfort in the room.

Doby, who also serves as chairwoman of the Historical Society of South Rowan, will guide the second tour group.  She said it could be the final year of the China Grove Tour of Homes, simply because the historical society has toured as a part of its annual event.