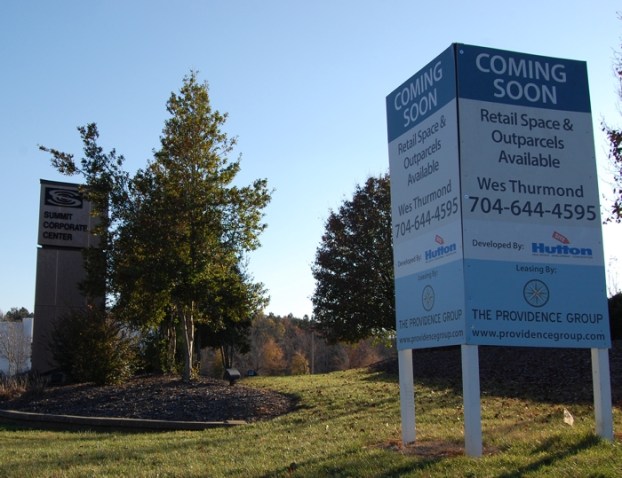 Hobby Lobby and Dick's Sporting Goods will be the anchor stores in a new development at the Summit Corporate Center off Julian Road. The development is called the "Shoppes at Summit."

Shoppers have plenty of choices in Rowan County for Black Friday. Several stores in Salisbury will be open Thursday and Friday. Here’s some of them:

Kohl’s: Opens at 6 p.m. on Thursday and will stay open through Friday

Belk: Opens at 6 p.m. on Thursday and will stay open through Friday

Micheals: Opens at 4 p.m. on Thursday and at 7 a.m on Friday

GameStop: Opens at midnight on Thursday and will stay open through Friday

On Friday from 5 p.m. to 9 p.m. people can “Shop the Block” downtown. Stores will be open late and plenty of other events will be going on during “Holiday Night Out.”

With holiday shopping set to hit high gear, millions of Americans will converge on stores across the country in search of that special gift. And the money will flow.

The economic impact of holiday shopping is enormous. Every year, the amount Americans spend during the holidays is used to gauge the health of the economy. In 2013, $600 billion was spent during the winter holiday season, according to the National Retail Federation, 3 percent higher than in 2012.

This year, Gallup’s initial polling on holiday shopping shows that, on average, Americans will spend $781 on gifts this year, up from $704 a year ago.

But where people spend their money can be just as important as how they spend it. Why? because of the revenue county and municipal governments rely on from sales tax.

Robert Van Geons, executive director of Rowan County’s economic development agency, said the county sees well over $200 million a year in “retail leakage,” money that county residents spend outside the county. That means Rowan County and its municipalities are missing out on millions of dollars in local sales tax revenue.

On Black Friday, shoppers will overrun stores in search of the perfect gift for the best price.

Ask Rowan County residents where they plan to do their holiday shopping and one answer you’re likely to hear a lot is “Concord Mills,” the massive shopping center about 30 minutes south on Interstate 85.

Kristy Peters, who lives in China Grove and works at Porky’s Barbecue, said she’ll be at Concord Mills on Black Friday. One reason why, she said, is there’s a Victoria’s Secret store there. She also said the large variety of stores in one spot is convenient.

The problem, at least for Rowan County, is that Concord Mills is in Cabarrus County. And when Rowan County residents spend their money there, the tax dollars stay there.

But things are looking up for retail in Rowan County

New stores have opened up along I-85 in Salisbury recently. The second phase of Wallace Commons, on Klumac Road, opened last year and includes a Belk, Michaels Crafts, Carnival Shoes and Ulta Beauty. There is also a Kohl’s, several restaurants and other shops in the center. And in October, it was revealed that a Hobby Lobby and a Dick’s Sporting Goods will be the anchor stores in a new shopping development at the Summit Corporate Center off Julian Road just south of I-85. The developer, Hutton Growth One LLC of Tennessee, plans to have a variety of retail shops and restaurants in what will be called the “Shoppes at Summit.”

The Hutton Company, based in Chattanooga, was also behind the Wallace Commons expansion.

Van Geons said the recent activity is a sign of  “definite growth.”

“We have a market here. Hopefully we’ll continue to see growth not just in retail, but also in hospitality and restaurants,” he said.

When people shop here, the money stays in the county, Van Geons said, adding people save money on fuel by staying in the county to shop.

Van Geons said having a strong retail base in the county will help him recruit industry. “Whether it should be or not, corporate retail is a first-glance indicator of the economic health of a community,” he said.

Salisbury Mayor Paul Woodson said he’s excited by the growth in the county’s retail sector.  “I think some of the big-box stores have realized we’re on the interstate now, and that they can capture some of the dollars here in the county,” he said.

“The first thing is we don’t lose those tax dollars to Concord Mills,” he said about having more places to shop.

Peters said she often comes to Salisbury to shop. She added, “It’d be nice to have a Target.”

Woodson agreed, and said women have been telling him for years they want a Target to come to town.

“Going to keep pushing for a Target,” he said.

Two distinct sides have formed in arguments over the merits and disadvantages of Charlotte Mecklenburg Utilities spreading sludge on Rowan... read more