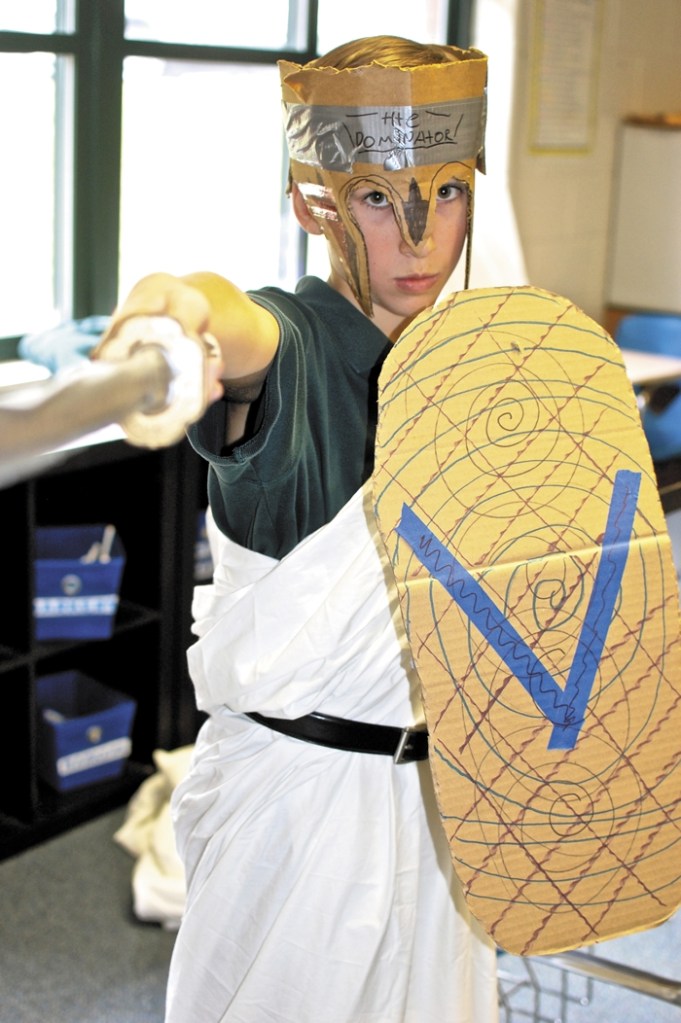 Sixth and second-grade students experienced the sights, smells and sounds of Ancient Greece during the festival, which was a culmination of a unit of integrated study.

Clad in togas and tunics, the students participated in this festival that included presentations, activities, authentic Greek food sponsored by Mykonos Grill and mini-Olympic games.

Prior to the festival, the second grade class learned about Sparta and Athens, Greek philosophers, geography, the Greek alphabet and mythology both in the classroom and during enhancement class. Teachers used art, technology, reading and hands-on activities to discuss city-states, philosophers and architecture.

During sixth grade’s study of Ancient Greece, students explored the impact that Greece had on future civilizations including progressive war tactics, new forms of government, advances in science and math, new developments in philosophical study and an increased focus on theatre, art, architecture, music and society.

“This provides our older students with the opportunity to take on the role of teacher,” said sixth grade teacher Brittney Wagner. “They truly have to master the topic before they can explain it to another student. It makes history more relevant to them when they can touch, create, and experience it.”

“It was cool to see how much the second grade knew and how interested they seemed,” said sixth grade student Maggie Dees.

“The Greek Festival was like a trip back in time to Greece. It made learning even more enjoyable,” said Emma Nianouris.

Following the centers, students led a mini-Olympic games including chariot races on tricycles.