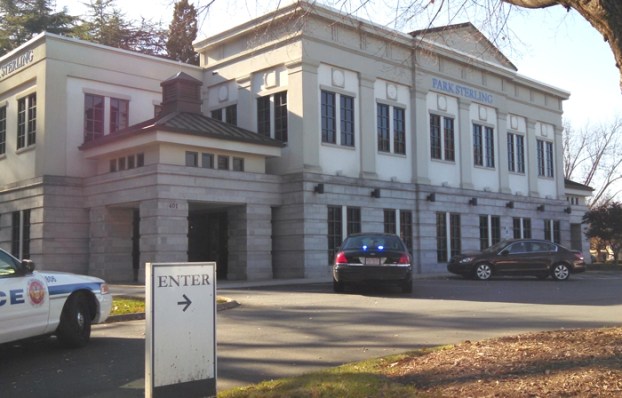 Park Sterling Bank at West Innes Street and South Fulton has a new name. What is it?

An image of the suspect in the Park Sterling bank robbery. Another image of the Park Sterling Bank robbery suspect.

Salisbury Police responded to Park Sterling Bank on Thursday at 1:01 p.m. Thursday in reference to a bank robbery. Police say when they arrived at the bank, located at 401 W. Innes St., the suspect had already left.

The suspect entered the bank and handed the clerk a note and a white trash bag. He then told her this was a robbery and to put all the money from the drawer in the bag. He then implied to her that he had a gun by talking about bullets. He got the money and then left the bank on foot in an unknown direction.

The suspect is described as a black male, dark skin, 6-foot-2, skinny build, 40-60 years old, wearing a camouflage thick jacket, a military-style boonie hat with a brim and sunglasses.

Lingle said the man did not rob those other two banks. Police investigators were on the scene at Park Sterling Bank, blocking all of the entrances and exits of the property.