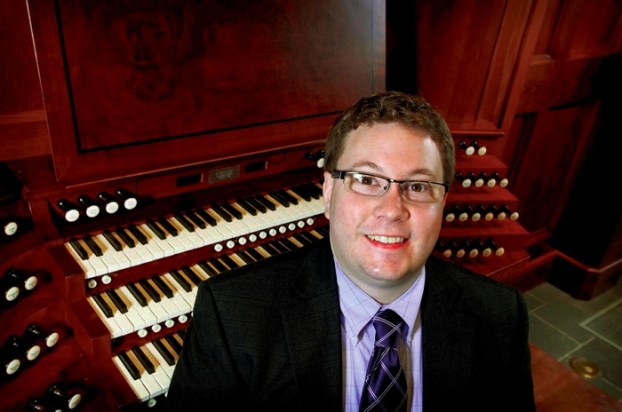 A native of Methuen, Mass., Scanlon has been a member of the keyboard faculty at East Carolina University since 2009, where he directs the undergraduate and graduate programs in organ and
sacred music.

He is the organist-choirmaster at Greenville’s St. Paul’s Episcopal Church, where he maintains a full schedule of choral services and, in addition, he serves as artistic director of the East Carolina Musical Arts Education Foundation. From 2005-2009, he served as organ faculty at Duquesne University and he previously held positions at St. Paul’s Episcopal Cathedral (Buffalo, NY), Christ & St. Stephen’s Episcopal Church (New York city), and Marquand Chapel at Yale Divinity School.

Scanlon is a graduate of Duquesne University and both the Institute of Sacred Music and School of Music at Yale University.

The concert is free and open to the public. An offering will be received for the music memorial fund. First United Methodist Church is located at 217 S. Church St. For more information, contact the church office at 704-636-3121 or fisit www.fumcsalisbury.org

A frequent performer at the organ, Scanlon has performed at national conventions of the American Guild of Organists (AGO), the Organ Historical Society four times, as well as throughout the United States, Canada and Europe. Scanlon has performed in some of the world’s most significant religious venues including The Cathedral Church of St. John the Divine, St. Patrick’s Cathedral, St. Thomas Church Fifth Avenue, and the Church of St. Mary the Virgin (New York), National City Christian Church (Washington) The Cathedral of St. Philip (Atlanta), Fourth Presbyterian Church (Chicago), St. James’ Cathedral and Yorkminster Park Church (Toronto), Saint Paul’s Within the Walls (Rome), Notre-Dame Cathedral, The American Cathedral and La Trinité (Paris) and other venues in England, Italy, Germany, Canada and Croatia. Scanlon is a graduate of Duquesne University and both the Institute of Sacred Music and School of Music at Yale University.