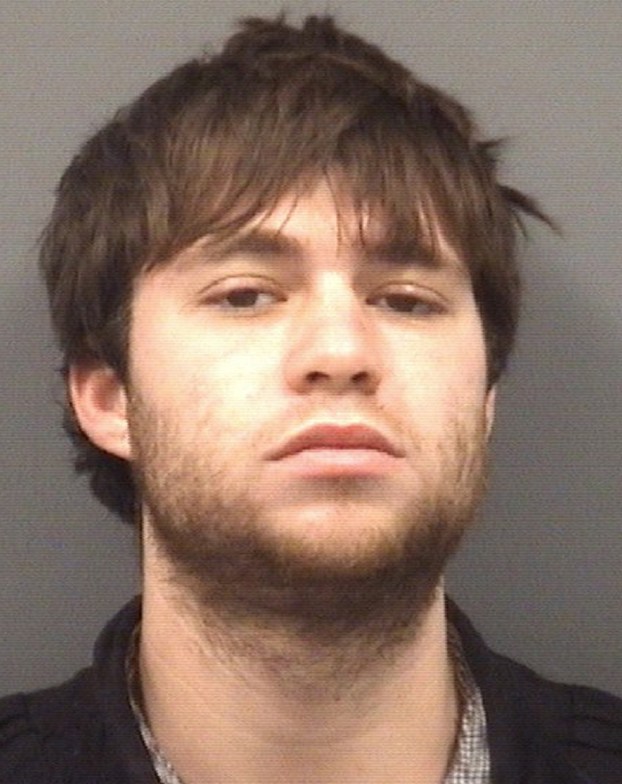 Salisbury man charged with assault after spitting on officer, grabbing for Taser

Police charged a Salisbury man with assault after they say he spit on an officer and grabbed for the Taser of another officer. Police were responding to a report of a suspicious person in the 1700 block of First Street near C Avenue.

Salisbury Police charged David Lucas Dyson, 24, of the 100 block of Ashley Drive, with misdemeanor assault on a government official, misdemeanor possession of drug paraphernalia and felony malicious conduct by prisoner.

Police arrived to the area Monday around 3:30 a.m. and found Dyson hiding behind a car. An officer spoke with witnesses who heard shots fired in the area. Dyson was found with a .380 pistol. He was arrested and searched, a report said.

Dyson had a straw with some white powder residue on it, and a used syringe fell from a hole in his jacket. While he was being processed, he grabbed for an officer’s Taser, but did not get it. When another officer was getting Dyson inside a patrol car to take him to the magistrate’s office, he spit on the officer. The officer had to place a spit mask on Dyson to cover his head and face, the report said.

He remains in the Rowan County Detention Center under a $10,000 secured bond. Dyson is currently on two years probation for a September conviction for misdemeanor drug possession. He’s also been convicted of drug possession in 2009 for two separate incidents.