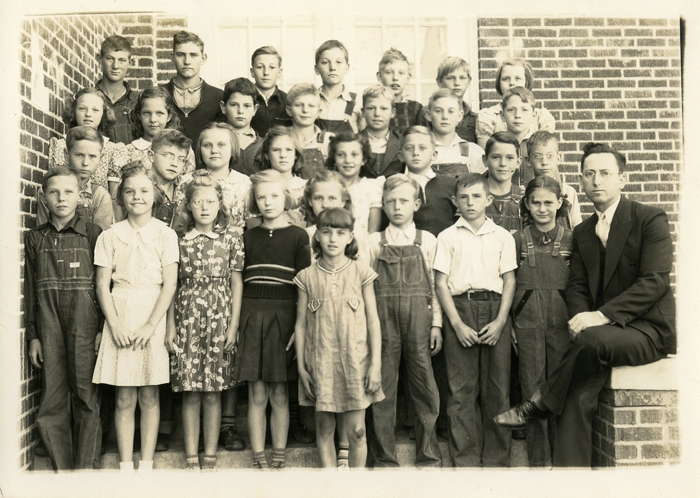 Sybil Penninger Baker, who was a member of the last class to graduate from Rockwell School in 1959, provided this photograph of the fifth-grade class at Rockwell School in the 1940-41 school year. She is too young to be a member of that class. However, her father, Murray L. Penninger, was the teacher. That’s him, sitting at the far right. The names of the children are not known. Baker found some documentation with the photos showing Strawbridge Finishing Service of Durham’s prices for school pictures in that era. Students could order a 60-cent envelope, which included a mounted enlargement, six small pictures and a folder. Photographs of the students also were sold separately. For example, six small pictures cost 30 cents.