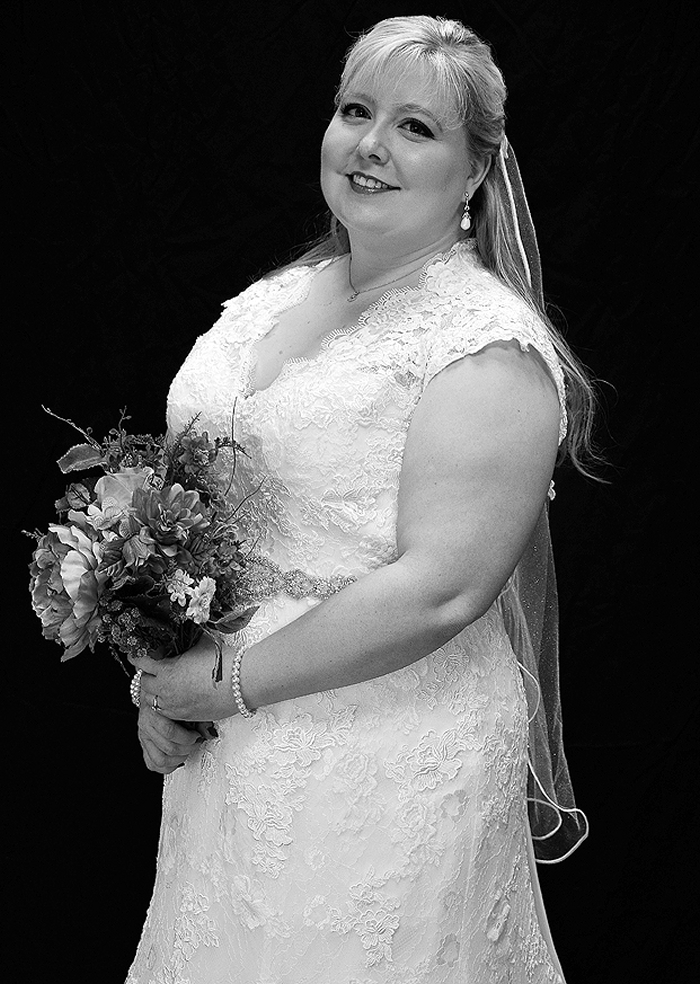 Meredith Leigh Steele and Peter Joseph Schilling Jr were happily united in marriage Saturday, November 15, 2014. The ceremony began at 2:00 p.m. at the Kingdom Hall of Jehovah’s Witnesses in Kannapolis and was officiated by Brother Cloyd Paul Carder, an elder of the Lexington congregation of Jehovah’s Witnesses. A small re­­­ception followed at the building at Village Park in Kannapolis.

The bride was escorted by her father and was attended by her sister, Melody Beth Steele of Kannapolis, as Maid of Honor. Kenneth John Schilling of Lexington, brother of the groom, was Best Man.

The bride is the daughter of Mr. and Mrs. Fred Alvin Steele of Kannapolis and the granddaughter of the late Mr. and Mrs. Gaither Broadway of Enochville and Lavinia Steele and the late Hubert Steele of Kannapolis. A 2002 summa cum laude graduate of A.L. Brown High School, Meredith is a lead teller with Wells Fargo Bank in Cannon Village and has enjoyed working there for more than 11 years.
The groom is the son of Mr. and Mrs. Peter Joseph Schilling Sr. of Lexington and the grandson of the late Mr. and Mrs Albert Isak of New York and the late Mr. and Mrs. Peter Schilling of New York. A 2000 graduate of Central Davidson High School, Peter graduated Rowan-Cabarrus Community College in 2001. He works for M&M Electric of Salisbury as an electrical supervisor and HVAC technician, having been there for more than 10 years.
Following their honeymoon in Cosby, Tennessee, the couple will make their home in Lexington.