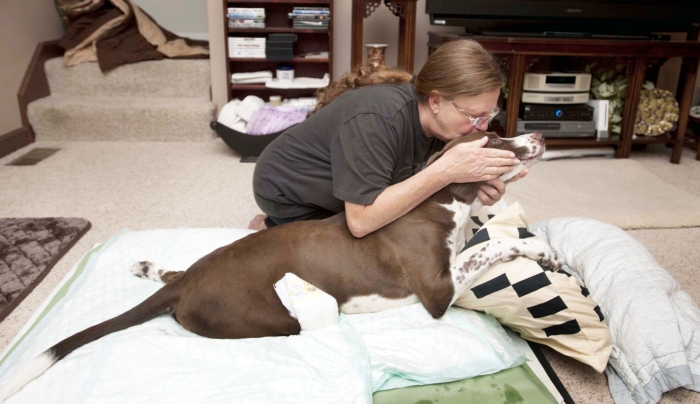 JON C. LAKEY / SALISBURY POST Karen Haussmann kisses the forehead of her hound mix named Jake as his lays on his special bed at their home in Faith. Karen and her husband Chris have to tend to Jake" who was paralyzed after a small caliber bullet injured his spinal cord.