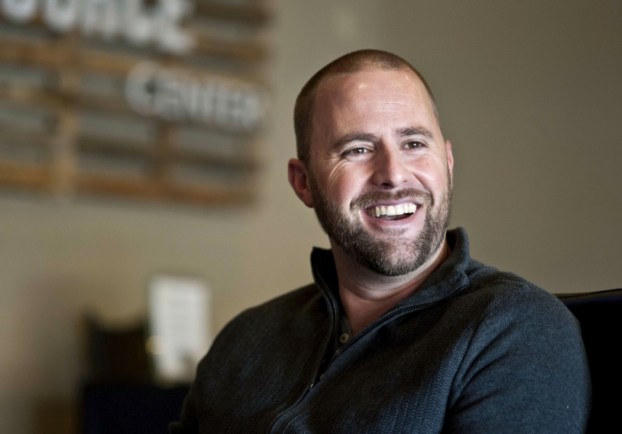 The Rev. Chris Shelton is lead pastor at Life Church

The Rev. Chris Shelton has planted churches before, so he knows what it’s like to build a church from scratch.

That’s not the case in his current call.

In July 2013, Shelton joined the staff of High Rock Church as lead pastor at its West campus: 708 Jake Alexander Boulevard. After the former lead pastor resigned from all of the church’s eight campuses this summer, each congregation became independent.

Now Shelton, 37, is pastoring a congregation known as Life Church. The church has maintained its ties to the Southern Baptist Convention, and some of the members who left the church are returning. New folks are visiting to see what it’s all about.

Shelton, who moved with his family from Charlotte last summer, had no idea of God’s plans for his life when he contacted the congregation in March 2013 about filling shoeboxes for Operation Christmas Child. Shelton was a regional manager for Samaritan’s Purse, the organization which runs the worldwide project, for five years. Before that, he’d been a church planter in Greensboro.

Shelton is ordained through Southeastern Baptist Seminary and Gordon- Conwell Theological Seminary. He and wife Molly are expecting their fourth child by the end of this year.

Shelton has been with the congregation throughout the transition process. He first preached at the church in April 2013, two weeks before a trip to Uganda with Samaritan’s Purse.

“Things went really well,” Shelton says, “and my wife and I seriously considered moving to Salisbury. We thought we were being called to Salisbury. We fell in love with this congregation also instantly.”

Coming to a small town from the big city? Maybe not so much.

“I had culture shock,” Shelton says, grinning. “You can quote me. But I also felt God had delivered us from the stresses of congested traffic.”

The family settled into a modest Craftsman-style bungalow near Hurley Park — for about one-third of what they’d pay for the same home in Dilworth.

“We love the life and the vibrancy, and the artistic influence Salisbury has,” Shelton says. His wife has been an art teacher for the public schools. “I don’t feel like we gave up anything by moving to Salisbury. We gained so much more.”

Shelton says he’s been encouraged by the positive changes made as High Rock Church West campus has become Life Church.

“When we took the signs down, we still had 700 people showing up on the weekends,” he says. “Our congregation is now moving toward the opportunity of a future ministry here in Salisbury.”

The members chose the new name, Shelton says. “It is the desire of this church to be a life-giving church to the community and the world. This church exists for the community. We’re doing everything we can to breathe life into our community. We have an opportunity to make a significant impact, to collaborate with other churches.”

He adds, “Other pastors share a heart for collaboration. It’s just getting to that starting point.”

One of those pastors is the Rev. Rhodes Woolly, senior pastor of St. John’s Lutheran Church. The two met when Shelton joined the board of Community Care Clinic, where Woolly’s wife, Krista, is executive director.

“Chris has a heart for ministry,” Woolly says. “You can tell that from his past experiences, and from the projects he has thrown himself into already in Salisbury. I look forward to growing closer as colleagues, but also in some congregational partnerships as well. That kind of collaboration will be fun for all of us.”

“We’re serious about collaboration,” Shelton says. “It’s not just about us. We’d love to have Rhodes preach here one weekend.”

Shelton acknowledges he’s in a unique situation with a congregation that’s starting over.

“High Rock is always gonna be part of the DNA of this church,” he explains, “but changes in leadership and accountability became necessary. We’ve tried to make sure the transition has not put a black eye on this church. We want to do this in a healthy way. I hope we can look back and say we did this with integrity, we did this with heart.”

Life Church offers nearly a dozen life groups that meet throughout the week, taking the place of Sunday School classes. Weekend worship is at 7 p.m. Saturday and 9:30 and 11 a.m. Sunday.

Life groups are helping Life Church “redefine church,” Shelton says, as these opportunities take place during the week. Attending worship, serving in the community and attending life groups are all about building relationships, he says.

The congregation is in the process of selecting church elders, and members will decide whether women will also serve in this capacity.

Wearing a zip-up sweater and jeans, Shelton is attired the same as he is on the weekends. It took some getting used to, he admits.

“I grew up in a rural United Methodist Church in Rockingham County,” he says, and wore a suit every week. “The first couple of months I preached in jeans, I didn’t feel right.”

But Life Church wants to project a casual environment for all its services, which are contemporary in nature, he says. “We love you just as you are, and we want to meet you where you are.”

When worshipers arrive, the band may be playing a secular song, he says, as members and guests greet one another. You’ll hear worship songs heard on Christian radio as the service begins. Shelton typically preaches 30 to 40 minutes, before a time of prayer, followed by announcements and a benediction.

Offering is received as folks leave.

“Since we stopped passing baskets, our offering has gone up exponentially,” he notes. “God is not after your money. God is after your heart.”

Passersby will notice that new signs have recently gone up at Life Church — and that’s a good thing.

But, Shelton says, “the most important thing I want people to know is that our church is alive and vibrant throughout the community.”

Brian Young, who goes by the stage name of Capa, in April of this year won the grand championship of... read more