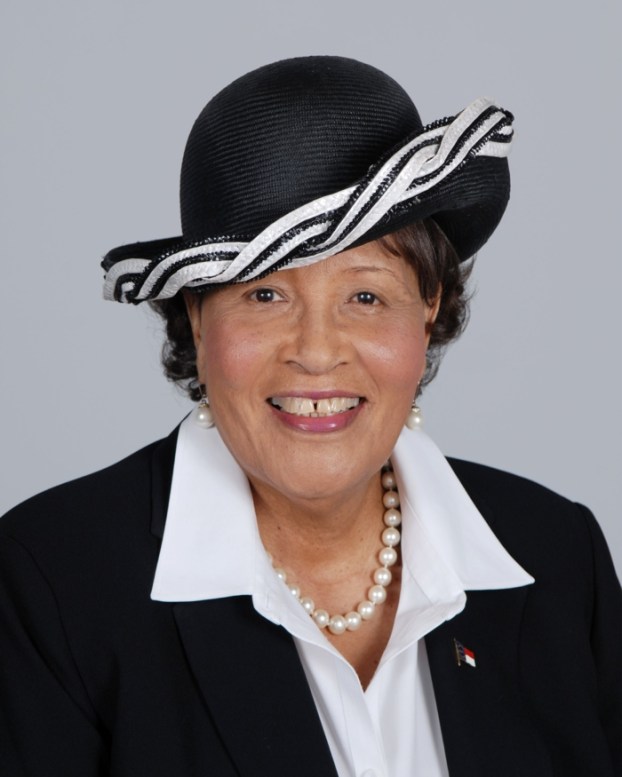 A state House member for the past 20 years, Adams becomes only the second person to ever represent the 12th District. Former U.S. Rep. Mel Watt, D-N.C., occupied the seat for 21 years before resigning in January to become director of the Federal Housing Finance Agency.

“I feel wonderful,” Adams said Tuesday night. I can look ahead now and try to get organized. It’s been 18 months — a long time for a campaign — and it certainly has been a long time for the people of the 12th District.”

The district was without representation for 10 months. Adams actually won twice Tuesday. She expects to be sworn in Nov. 13 to fill Watt’s unexpired term, even though it’s only two months. She’ll then start her two-year term in January.

In other U.S. House races affecting Rowan County, incumbent U.S, Reps. Virginia Foxx in the 5th District and Richard Hudson in the 8th District, both Republicans, were re-elected handily.

Often referred to as the I-85 district, the 12th is mostly urban, taking in six counties from Charlotte to Greensboro and reaching into considerable sections of those cities, plus Winston-Salem.

Adams said she wants to get her offices in Washington and in the district up and running as soon as possible. She called it a historic night: She will be the first woman elected in the 12th District and the 100th woman in Congress.

Adams said she will be heading for Washington Friday.

“Being able to serve and deliver something back to the people is a very rewarding thing to me,” Adams said.

Adams spoke strongly during the campaign for public education, the Affordable Care Act, gun control, women’s reproductive rights, raising the minimum wage and addressing climate change — all of which could be categorized as part of a liberal agenda.

Coakley ran counter to Adams on most of the issues. He spoke consistently of getting the federal government out of people’s lives and easing the regulatory climate in Washington. He opposed raising the minimum wage, strongly supported school choice and the right to life and said the Affordable Care Act should be abolished.

Adams and Coakley also were far apart in political experience. The 2014 campaign was Coakley’s first run for public office. Prior to her two decades in the state House, Adams served on the Greensboro School Board and Greensboro City Council.

Coakley was a familiar face to voters here. He left WSOC-TV in 2010 after 18 years as a reporter and news anchor. Since then, he has worked as a radio talk show host in Charlotte, Atlanta and Greenville, S.C.

Adams was always recognizable in Raleigh and on the campaign trail for her signature hats.

Most of those precincts have heavy Republican registration, and Hudson outpolled Blue in Rowan with 81.3 percent of the vote, 14,213 to 3,266.

Hudson founded Cabarrus Marketing Group. Prior to that, he served as chief of staff for three different members of Congress, and he also was district director for former U.S. Rep. Robin Hayes of Concord.

During the campaign, Hudson said Congress had to stop wasteful spending, bailouts, government takeovers and the creation of programs that fail at producing jobs.

He has served on the House Agriculture Committee and is chairman of the Homeland Security Committee’s Subcommittee on Transportation Security.

Blue served more than 20 years in the U.S. Army, and he said pushing for a liveable minimum wage would have been one of his priorities. He talked extensively about jobs and boosting the 8th District’s overall economic outlook.

Virginia Foxx did exactly what she was expected to do Tuesday night in the state’s 5th Congressional District: she won.

Foxx, a Republican from Boone, took 61 percent of the vote across the district — 130,640 votes. She defeated newcomer Joshua Brannon, who ran to spread his message about the need to get money out of politics.

The results are unofficial until certified.

The 5th District stretches from the northwestern corner of the state to areas around Winston-Salem and is heavily Republican.

Brannon raised slightly more than $11,000 during the campaign, while Foxx had over $2 million in her campaign coffers at the end of the election.

In a statement, Foxx said, “I’m humbled and grateful that so many North Carolina voters chose to send me to represent them in Washington once again.”

Foxx, a former educator, thinks parents should have a variety of choices when it comes to their children’s education. And she is a big opponent of President Obama.

She has said if Republicans win control of the Senate, then the Republican-controlled Congress can pass legislation that will reduce regulations on businesses, lower taxes and create better oversight of federal programs.

“As we gear up for a new session of Congress, North Carolinians can know that I will continue to work on their behalf to make government more accountable, more efficient and more transparent,” Foxx said in her statement.