Clerk of Court Jeff Barger makes a return to office 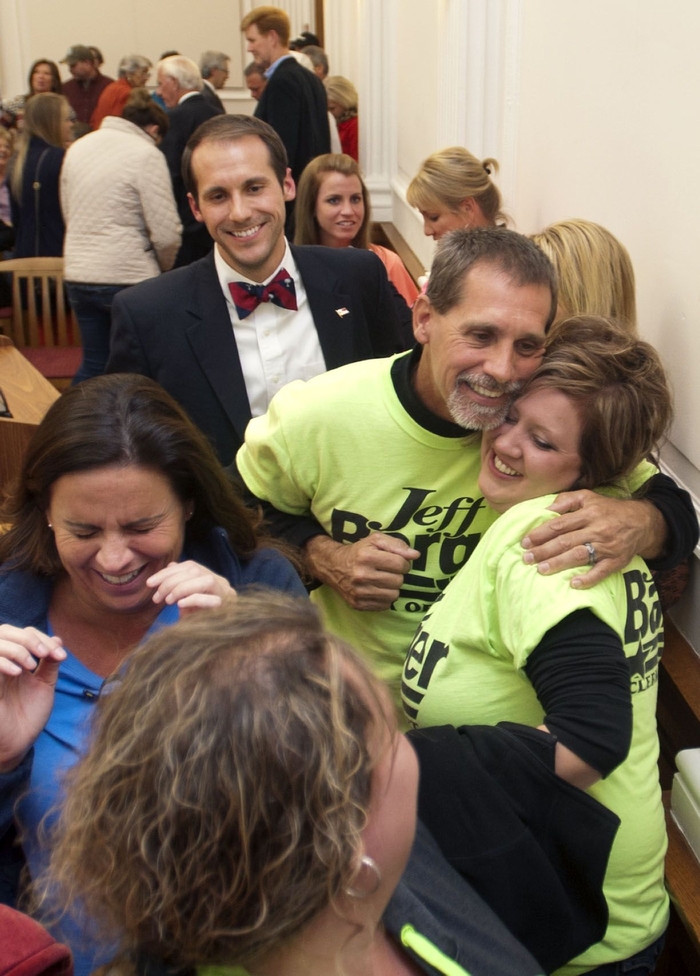 JON C. LAKEY / SALISBURY POST Jeff Barger (right) celebrates his win for re-election to the office of Clerk of Court with his supporters.

Jeff Barger was banking on his past experience to help him return to the job as Rowan County clerk of court — a job he has said he loves doing.

It appears Rowan County voters agreed. In unofficial results, Barger won re-election Tuesday with 21,487 votes — or 56.96 percent of the votes cast in the race — and his opponent Sandy Yon received 16,233 votes, or 43.04 percent.

Barger has held the office for the last 16 years. This was Yon’s first time running for office and the first time in a long time that Barger has had any opposition.

Barger joined the clerk of court’s office working as a deputy for four years prior to being elected to the top job.

He was a magistrate for more than six years before being appointed to the clerk’s office to fill the term of then-clerk Ed Norvell, who left to return to private law practice. Barger was unseated in 1994 by Terry Osborne and then returned to the job four years later.

Barger said this campaign has been very stressful, but he was thankful to his supporters and volunteers who worked hard.

The biggest obstacle during the race was crossing party lines to garner some Republican votes.

Barger, who is a Democrat, said he heard some people at a few polling sites say they would not vote for him because he was a Democrat.

“Thank goodness I had a lot of crossover votes,” Barger said.

He said he felt as if his win was the voters saying they were satisfied with the job he was doing.

“I thoroughly love the job I do, and I look forward to four more years,” Barger said.

Yon sat with husband, Tony, at the county commissioners meeting room, just above the Rowan County Board of Elections, awaiting results for most of the night. She left prior to the final results. A call to Yon later for comment was not immediately returned.