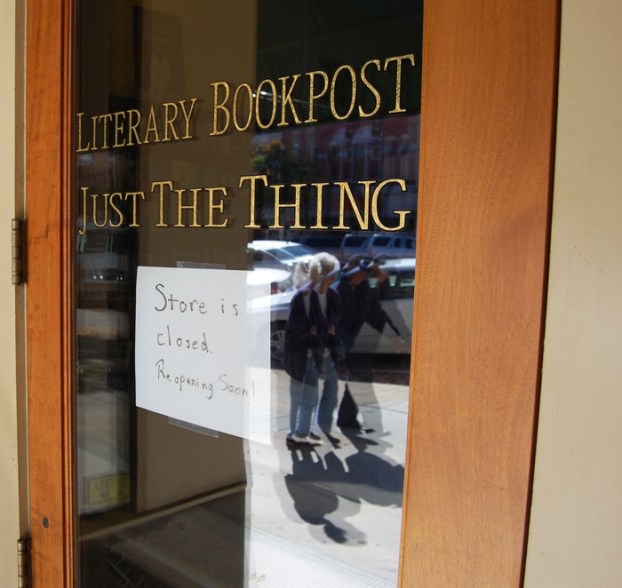 david purtell / salisbury post The Literary Bookpost and Just The Thing, both located in the same building at 110 S. Main Street, were closed Monday amid a dispute between the owners of the businesses.

A downtown bookstore that shares space with a toy business was closed Monday amid a dispute between the owners of the businesses.

A sign on the door at Literary Bookpost, which shares space with Just The Thing, read, “Store is closed. Reopening soon!”

Deal Safrit, who founded the Literary Bookpost and retired in early 2012, said there is a dispute between Greene and Dyson. But he said he doesn’t know what the dispute is about.

Safrit, who still owns a minority share in the bookstore but is no longer involved in the day-to-day operations, said Dyson is in the process of moving her inventory out of the building.

Just The Thing sells educational children’s toys, and late last year it moved into the same building as the bookstore at 110 S. Main Street.

Richard R. Reamer, a lawyer for Greene, said, “It’s a business situation that should work itself out.” He did not elaborate, but said he expects the store to reopen soon.

Reamer said nothing has been filed in court regarding the situation.

Katie Setzer, an attorney representing Dyson, also said there is currently no legal action pending. She said she could not comment at this time about the details of the dispute.

Rescue crews had to remove the roof and all of the doors from a Ford Explorer involved in a Monday... read more