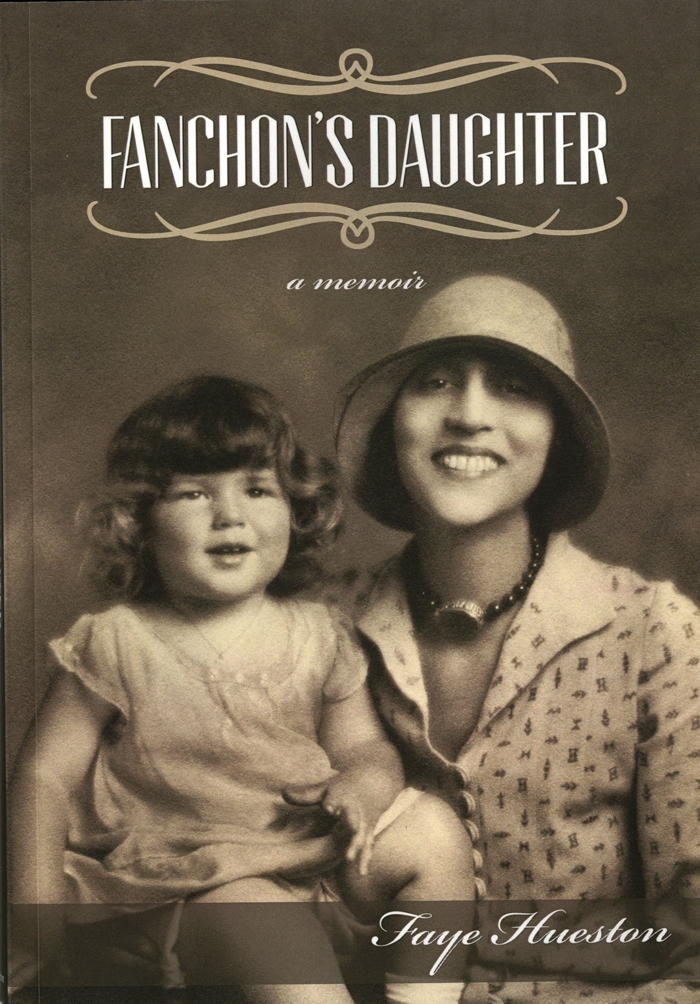 What do you do when you are the daughter of a famous Hollywood producer and a famous restaurateur? You take celebrity as an everyday occurrence. You live in a home once owned by Buster Keaton, and visits from Bing Crosby or flowers from Cary Grant are just part of daily life, although Cary is quite attractive.

If you are the adopted daughter of  Fanchon and William Simon, you grew up surrounded by a fascinating crowd. Fanchon was part of Fanchon and Marco, one of Hollywood’s hottest production teams in its day, starting in the mid- 1920s, and continuing into the late 1940s.

Faye Hueston is that privileged daughter — but she writes her memoir, “Fanchon’s Daughter” not to drop names, though there are plenty, but to praise her adoptive parents. Faye was abandoned at birth, but grew up in fine fashion with Fanchon and William, who doted on her. “I felt I owed this to my mother and my father,” Faye says from her Cary home. She’s settled in North Carolina after living in California, France, Italy and England. She came here to concentrate on finishing this book and to work on what she says will be her third and final book.

“I’d read quite a few books by adoptees, and they were more about finding birth parents. Not much was said about the people who raised you. It seemed no one paid tribute.”

Faye lived “on the edge of” exciting developments in Hollywood, and her mother was a groundbreaking figure. “Nobody would know about her now. That seems like centuries ago. … I think that part of American life, especially in those years and on the West Coast, hasn’t been documented very well. At a time when women were not welcomed in any position of authority, she (Fanchon) felt women could to anything, as long as they stuck to it. … I admire her for what she did.”

Faye says she was a terrible snob, and didn’t want to listen to her mother’s stories about funny things that happened in Hollywood. “I was only interested in literature.” She never had “that fire in the belly you have to have for whatever you want to do” when it came to acting. “I do have it for writing. I feel if I don’t get to write, I get very edgy.” Her career in film was extremely brief. “I don’t think my departure upset anyone.”

When growing up in the midst of the Hollywood milieu, Faye says, “It doesn’t seem remarkable. It’s what you know. … I was aware we lived in a very special place, and I went to school among schoolmates who also lived like this. I was always being reminded of how lucky I was.

“Actors and performers never impressed me that much. The people who really impressed me are the people who have achieved things with their mind. … I think actors, like Meryl Streep, who have reached the height of their gift are wonderful, but I was never dazzled by fame.”

A friend brought her to North Carolina. They met in Paris when their husbands worked there for Time magazine and the New York Times. Her friend moved to Cary and kept telling her how beautiful it was. Faye was living in Santa Barbara, which she didn’t find intellectually stimulating, and came to North Carolina about this time of year. “I saw all these beautiful trees, and I realized I missed and loved that.”

She has another book, “Invisible Enemy: Environmental Illness and One Woman’s Search for a Cure,” that she is now revising to prepare for a reissue. It is about her autoimmune system breaking down due to pesticide use and the alternative therapy she found. She is passionate about having freedom of choice in medicine, doctors and therapy and wants to promote that for the rest of her life.

She’s also working on her third book, about paranormal experiences. “I‘ve had so many. It started in England and even here today, odd things happen which I don’t seek or want to happen, but they do.” She’s kept a diary of all her experiences.

“My goal for this book was to pay tribute to my mother, who was a remarkable woman. I didn’t wholly appreciated it … she gave me too much smothering love at times, but she was an amazing woman.”

Fanchon was a Christian Scientist who firmly believed in the religion’s practice of prayer and Bible reading to heal illness. While Faye says the group is full of love, she broke away in her 30s, when she became seriously ill.

She has felt searching for her birth parents was rather ungrateful to her adoptive parents. Mostly she wants to show how wonderful her mother was. “She looked at death as merely the end of a chapter, but not the book. I’m very much looking forward to death — not the process, but the life after.”

Faye has two adopted daughters. “I think adoption is wonderful, and I wanted to write about it. … I wish every adoptee could write a book, because we’ve all had different experiences.

Fanchon was a Christian Scientist, who firmly believed in the religion’s practice of prayer and Bible reading to heal illness. While Faye call the denomination one full of love, she broke away in her 30s, when she became seriously ill and needed intense medical care.

“My goal for the book was to pay tribute to my mother, who was a remarkable womean. I didn’t wholly appreciated it … she gave me too much somothering love at times, but she was an amazing woman.”

Faye has two adopted daughters. “I think adoption is wonderful, and I wanted to write about it. … I wish every adoptee could write a book, because we’ve all had different experiences.