Central office bids are in and preliminary numbers are high 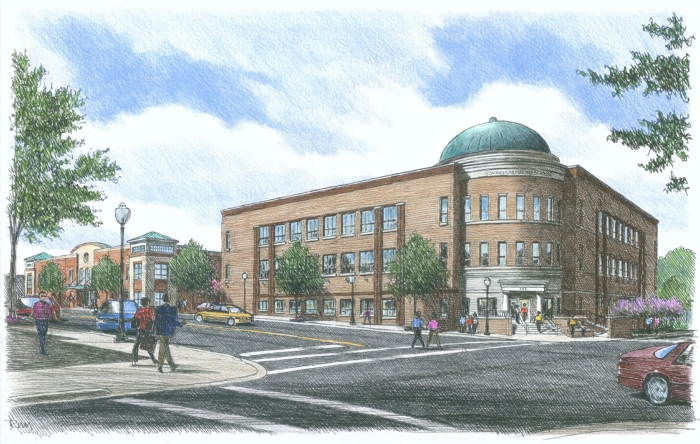 Preliminary bid numbers are in for the Rowan-Salisbury School System’s Central Office, and they look to be higher than the $6.5 million allotted by the Rowan County Commissioners.

The preliminary numbers provided by the Rowan-Salisbury School System come out to be $6,742,675.85, not including the elevator and casework projects which were opened later than the others due to lack of response.

Assistant Superintendent of Operations Anthony Vann said that although he didn’t have copies on hand, the elevator project was bid at roughly $125,000 and the casework project was bid in the $50,000 range. With those projects added in, the project would run a little above $6.9 million.

Vann stressed that the bids aren’t final, however.

“These are the ones that seemed to be the lowest responsible bidder,” he said, adding that Barnhill Contacting Company is still going through each bid package to make sure they’re complete and accurate.

In addition, Ramsay, Burgin, Smith Architects and Barnhill Contracting Company are looking at the packages to see what they can do differently or if they can change any products to save money without compromising the building.

Bill Burgin from the architectural firm said they “should know a lot more by the end of the day tomorrow” after the two groups meet.

At the Board of Education’s Nov. 6 meeting, they’ll present those options and information to the board and allow the board to decide what to do.

After that meeting, a guaranteed maximum price can be set.

Up until Wednesday afternoon, the school system kept the bids close to its chest – refusing even to release them to members of the Board of Education.

Josh Wagner requested the bids, which are public record, three times from Chairman of the Board Dr. Richard Miller.

“My real issue is that I had to ask for it three times,” Wagner said.

“There’s nothing legally that tell them that they have that authority,” he added after saying someone in the school system or school board was deciding what information could or couldn’t be given to board members.

“We need to follow policy and the board needs to have information when we ask for it,” Wagner said.

“The Board of Education discussed at Monday’s meeting to make a final presentation on November 6 – allowing time to complete the preliminary work,” an email from Public Information Officer Rita Foil said.

A second request, however, was fulfilled.

Vann explained that the district was “hesitant” to share the numbers because not all of the bids have been vetted yet.

“We may have someone on this list that Barnhill has to reject,” he said, adding that they didn’t want to spread false information.