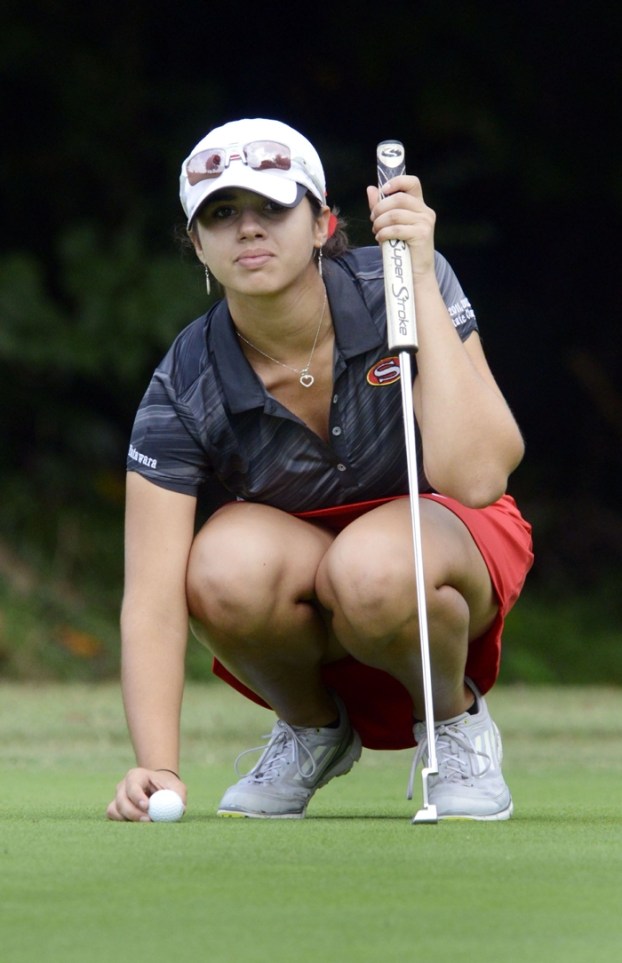 Salisbury coach Dale Snyder knew what Yatawara and Rusher, a Richmond commit, would do on Monday because they are veterans. The tougher the competition, the greater the pressure, the straighter they hit it.

Holden, however, was in a different situation than she’d ever been in. The junior’s score was going to count in a state championship for the first time and there was weight on her shoulders. If she struggled, even with Yatawara and Rusher, the Hornets might fall short in their bid for a fourth straight state title.

Holden’s 107 wasn’t earth-shaking, but it definitely was good enough. It was 12 strokes better than she shot in the Central Regional on the toughest course for girls that Snyder had ever seen.

Holden’s effort helped put the Hornets in the clubhouse at 225, 19 shots ahead of second-place Avery County and 21 shots ahead of Croatan, which had a lower regional score than Salisbury.

“Shelby played smart and played brilliantly on the holes where you can get into trouble here,” Snyder said. “She went out and did exactly what we hoped she’d do. On No. 11, there’s a lot of trouble, but she played that hole exactly like we talked about playing it. I’m proud of Shelby right now. I feel very good for her.”

Holden opened with a four-putt eight on No. 1, but she settled into her round. She parred two o par-3s on the front nine.

Yatawara was 2-under after four holes and knocked in four birdies on her way to that even-par 72.

Rusher had an excellent round going before she bogeyed three of the last five holes, but her 76 was still seven shots better than the golfers tied for third.

Rusher has experienced some back stiffness recently, but Snyder said she played strong.

“I asked her a couple times, and she said she was just a little sore,” Snyder said. “She guts it out.”

Snyder said his only advice to the girls before their round was not to try to do too much.

“I told them go out and shoot their average, and if they did that, no one could beat us,” Snyder said. “Grace and Isabella shot nice scores, but they just did what they do. I don’t think they did any extra superstar stuff today, They play like that all the time.”

Yatawara committed to East Carolina after her round, making it an especially good day for her.

It’s not over. The Hornets can’t oversleep and they still have to do it one more time, but they’re in enviable position with a 19-stroke lead, two of the state’s best players, and a third player who is doing her part.

“Shelby is brimming with confidence right now,” Snyder said. “She can’t wait to get back out there.”

In the 3A tournament at Longleaf, Cardinal Gibbons shot 232 and leads Marvin Ridge by 13 shots after the first round. South Rowan’s Alexandria Bare and Carson’s Micah Furr shot 88s and are tied for 29th.

CHARLOTTE — Carolina’s defense did more than its part Sunday against the Seattle Seahawks. It was the offense’s inability to... read more