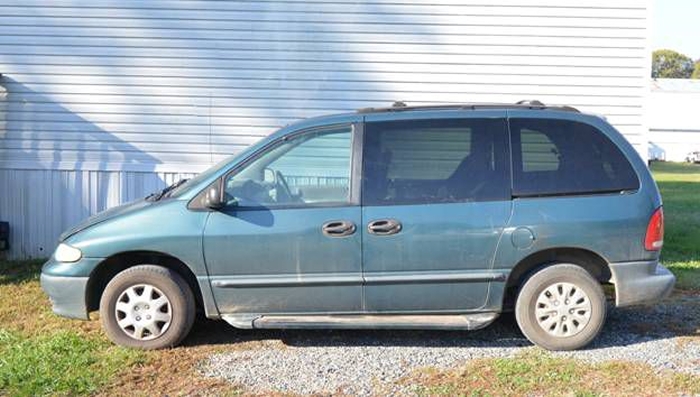 The minivan authorities believe Christopher Lee Grizzly Adams is driving. He's been accused of taking mail from homes near Organ Church Road and applying for credit cards in his own name. He's been placed on the Rowan County Sheriff's Office Most Wanted list. Submitted photo

Rowan Sheriff’s detectives are looking for a Rowan County man accused of taking mail from mailboxes in eastern Rowan County and applying for credit card applications under his own name.

Authorities say Christopher Lee Grizzly Adams, 34, was developed as a suspect after the criminal investigations division received complaints earlier this month from people whose mail was stolen around Organ Church Road, near Rockwell.

Detectives believe Adams took mail from the mailboxes, used the credit card applications to apply for credit cards that he then had mailed to his address.

A search warrant was served at Adams’ home and officials recovered evidence including credit cards with the name of the victims. The cards were mailed to the suspect. He faces nine counts of felony identity theft. The United States Postal inspector also joined the investigation. Adams drives a green Chrysler Voyager minivan. He’s been added to the Sheriff’s Office most wanted list.