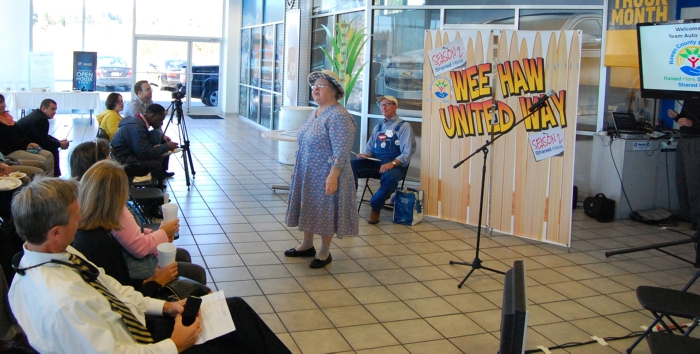 Becky Lippard always gets plenty of laughs from her Minnie Pearl routine.

More than $1 million has been raised during the Rowan County United Way’s 2014-2015 campaign.

The numbers were announced at a report meeting Wednesday at Team Chevrolet on Jake Alexander Boulevard.

The campaign raises money for 15 agencies in the county. And this year’s fundraising goal is 3 percent higher than last year.

On display Wednesday was the fundraising success of schools around the county.

• Enochville Elementary has surpassed its goal of $3,500.

The next report meeting is Nov. 5 at Cloninger Ford.