Parsons to appear in court today on fraud charges 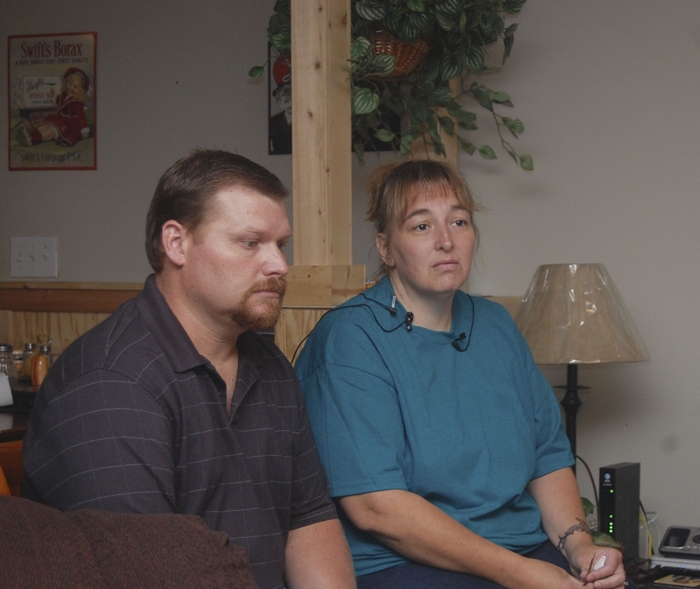 The adoptive father of missing teen Erica Lynn Parsons, will go before a jury today, not regarding the teen’s disappearance, but he’ll have to answer to federal courts regarding fraud charges.

Sandy Parsons’s charges include mail fraud, tax fraud and identity theft. He and wife, Casey, were arrested in July on a 76-count criminal indictment that asserts the couple continued to receive adoption and health care benefits for Erica, who had not been living with them.

She was reported missing in July 2013, but had actually not been seen since November or December 2011. The couple’s biological son, Jamie, now 21, told Rowan County Sheriff’s officials he had not seen his sister and initially pointed the finger at his parents alleging they were responsible for her disappearance.

Casey and Sandy maintain they allowed Erica to live with her biological paternal grandmother, Irene Goodman, a woman they knew as Nan, who lived in Asheville. Investigators and members of the Goodman family have said Irene Goodman does not exist. The Parsonses have not been charged in Erica’s disappearance.

The trial has little to do with Erica’s disappearance and more with the allegations the two falsified documents and accepted government assistance for Erica who was not in their care.

Casey Parsons accepted a plea agreement in September while husband, Sandy, will continue with a trial.

The trial begins this morning at 9:30 in Winston-Salem with jury selections. Judge Thomas D. Schroeder will preside over the case, which is not expected to last beyond a week.

The indictments say the Parsonses received government-funded adoption assistance, Medicaid, Social Security, and Food and Nutrition Services benefits for a dependent who did not live with them and used the mail to commit the fraud.

The indictment also alleges that Casey Parsons fraudulently used the identities of other persons as dependents and used other false information when preparing federal tax returns.

On Wednesday, a day before the trial was set to begin, a witness list was submitted and whose names include Carolyn Parsons, Erica’s biological mother; Robin Ashley, the sister of Casey Parsons; Micah Ennis, with Rowan County DSS; Tara Cataldo and Donna Hench, both with the FBI; Frank Maroney, with the Social Security Administration; a pair of Cabarrus County DSS officials and former Rowan County DSS official, Anne Chaffin.

The court document said the witnesses may or may not be called upon during the trial.

John D. Bryson, who is representing Sandy Parsons, filed a trial brief earlier this month. The Parsonses have separate attorneys.

He goes on to say the court will be required to take extra precaution with prospective jurors because of all the pre-trial publicity.

Court documents also say prosecutors cannot introduce any evidence of child abuse regarding Sandy as it relates to Erica or any of his children. Federal attorneys agreed to not mention the investigation to locate Erica or discuss the reason Erica left the Parsonses home in 2011.

Casey Parsons, who had initially pleaded not guilty, is scheduled to be sentenced Feb. 10.

Casey’s sisters Robin Ashley and Tammy Gray, who are both on the witness list, have been very vocal about getting justice for Erica. The two have said they were glad their sister and brother-in-law were being arrested, but hoped it would be in Erica’s disappearance. Ashley, who until recently had custody of Sadie and Toby, the youngest of Sandy and Casey’s children.

Gray has said she hopes these charges lead to criminal charges in Erica’s disappearance.

The case was investigated by the Rowan County Sheriff’s Office, the Federal Bureau of Investigation, and Internal Revenue Service, Criminal Investigations. The case is being prosecuted by Assistant U.S. Attorney Anand Ramaswamy. A $50,000 reward is still in place for information about the disappearance of Erica Lynn Parsons.