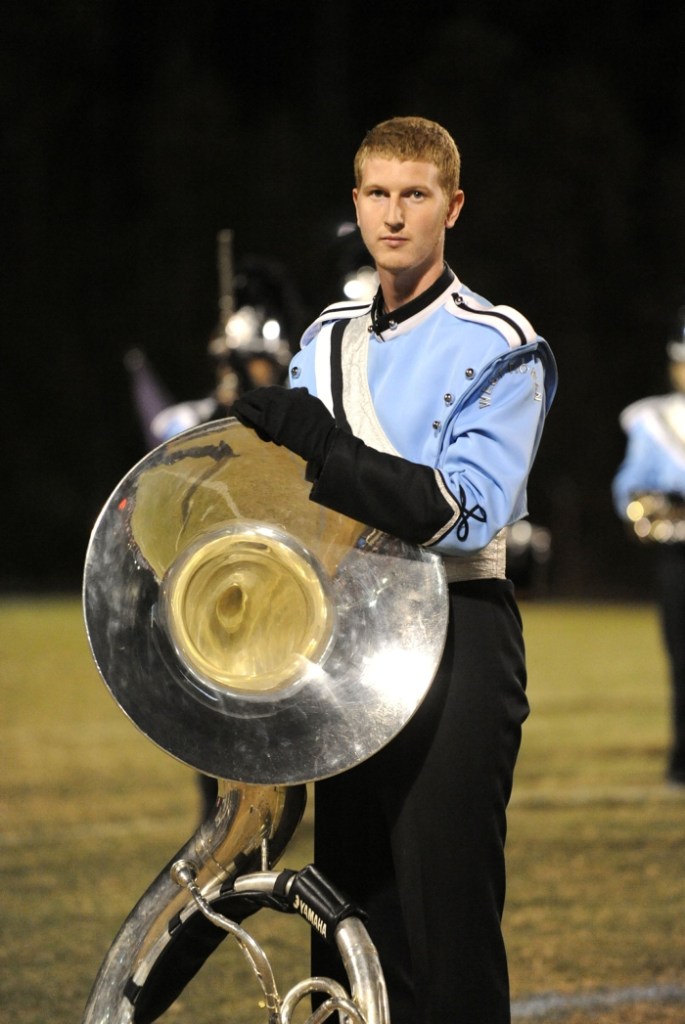 Matthew Langford, a member of the West Rowan High Marching Band, has been selected to play in the Army All-American Bowl game for high school football players in Texas. photo by Wayne Hinshaw, for the Salisbury Post

Only 125 high school marching band and color guard members in the nation are selected to perform at the U.S. Army All-American Bowl, but Rowan County will be represented at this year’s game.

The annual football game features the best high school football players in the country, and for the past eight years, has included a marching band as well. Both the football teams and marching band have only days to prepare for the game.

“I’m beyond excited for this experience,” Langford said at his Oct. 7 signing ceremony.

He started playing the tuba in seventh grade, and he’s been playing ever since.

“I play at school, church – pretty much anywhere I can,” he said.

Band Director Daniel Trivette added that Langford’s selection is “one of the biggest things that’s happened for us here at West Rowan.”

Langford is the marching band’s low brass captain and is the principal tuba player in the wind ensemble. He also plays in West Rowan’s jazz band.

Langford plans to attend Appalachian State University next year and major in music.

Langford was awarded an all expenses paid trip to San Antonio, Texas to rehearse and perform in the halftime show of the All-American Bowl, which will be Jan. 3 at 1 p.m. at the Alamo Dome in San Antonio. It will be televised live on NBC.