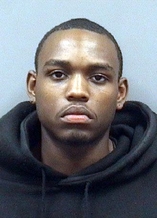 The second of three suspects involved in an Oct. 8 homicide in Spencer was arrested late Thursday night and made his first court appearance this morning.

The victims, Antonio “Tony” Walker and James “Junior” Walker Jr., were inside their Fifth Street home on the night of Oct. 8 when three men wearing gorilla masks walked through the door with guns.

Tony Walker, 29, was in a back bedroom when he was shot. He managed to stumble into the family’s living room, before he died. His uncle, Junior Walker, 43, was beaten with his own handgun and shot by one of the intruders. He died at the scene.

The gunmen forced Tony Walker’s mother, Angie Walker White, and his sister, Jasmine, to the living room floor. They were not hurt. White told reporters a day after the incident it all happened quickly, but she recalled one of the gunmen asked for her son by name. Two of the gunmen went into Tony’s room and shortly after, White said, she heard two shots.

Spencer Police, SBI and Rowan County Sheriff’s investigators have said from the beginning the crime was not random and the family and the home were a target. Authorities believe robbery was the motive.

Darius Abel said very little, but did ask for a court appointed attorney. Since Abel faces murder charges, he is eligible for a public defender from the state Capital Defenders Office.

If convicted, both men could receive life without parole or the death penalty.

Darius Abel and Kenneth Abel Jr. are believed to be cousins, officials said this morning.

Both men remain in the Rowan County Detention Center under no bond.

Family and friends gathered Friday afternoon for the funeral of Tony Walker and Junior Walker.

Spencer authorities have not made any other arrests as of Friday morning.