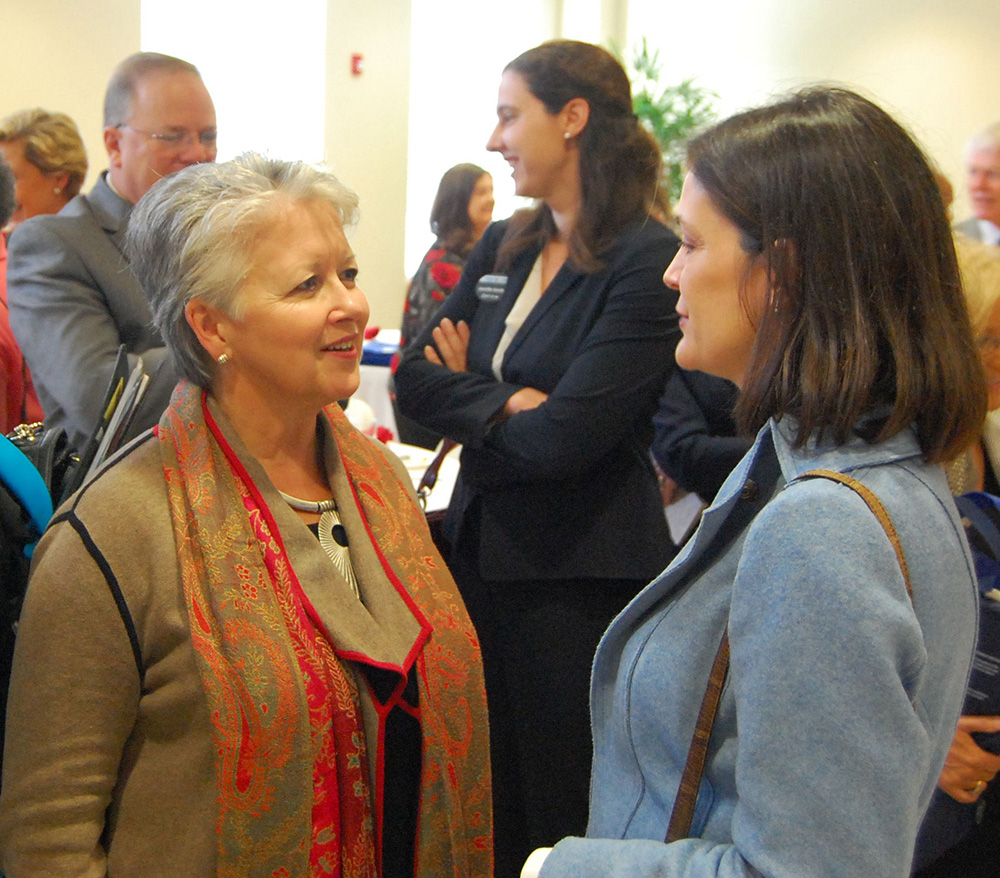 North Carolina needs to continue to make strides as a business friendly place, according to the state’s commerce secretary.

Since being appointed to her post in January 2013, Sharon Decker said the main thing she’s heard from CEOs looking to bring their businesses to North Carolina is that they have to deal with too many people in the state government and the process takes too long.

By the time everything gets put together, Decker said, the business has chosen another state to locate in. She spoke Thursday morning at Trinity Oaks during a Rowan Chamber of Commerce breakfast.

Basically, the state has contracted out its business recruiting staff. Decker said doing so will allow the state to hire the best job recruiters from around the country.

“The idea is to simplify things,” She said.

The partnership is a public-private organization, and its employees are held to the same ethics laws as regular state employees, Decker said. But, she said, the group won’t have to release information about its dealings with businesses that do not end up locating in the state.

“Everybody around gains a bit,” she said, adding that the legislature will have to allocate additional funds for grants and incentives to attract a large plant. “It’s going to take a lot of money to do it, but the return will be there,” she said.

Decker said North Carolina has not had annual net job growth in nine years, but that trend is expected to end next year. The number of businesses interested in North Carolina has increased dramatically in the last eight months, she said, because the state lowered its corporate and personal-income taxes.

Decker is a former executive at Duke Energy, and she also served as chairwoman for the Charlotte Chamber of Commerce board.

She said one of the state’s goals is to connect the rural regions to the large metropolitan areas.

“They will drive the growth of the rest of the state,” Decker said about urban places like Charlotte and Greensboro. It’s a long-term plan, she said about linking urban and rural regions through infrastructure development.

“The world is urbanizing,” Decker said. But she also said it’s important for smaller communities like Salisbury and the rest of Rowan County to maintain and develop the resources already here such as downtown Salisbury and the Yadkin River.

• The cost of business that’s increasing the fastest is healthcare, Decker said, so healthy communities will have a competitive advantage.

• Communities need good educational systems where business executives and families will want their children to go to school, she said.

• Having an economic development group, like RowanWorks, is important for building infrastructure and attracting business, she said.

• Arts, tourism and culture are big parts of the economy and shouldn’t be overlooked, she said.

• Decker said having a clean environment and protecting resources will enhance the quality of life in a community.

Asked about entrepreneurship, Decker said small business “is at the core of who we are” in North Carolina. She said the Commerce Department has a service called “Business Link of North Carolina” where small businesses can go to get answers to their questions — www.blnc.gov.

Decker said Gov. Pat McCrory wants to bring innovation to North Carolina through venture capital projects. She said it’s important that research being done at the state’s universities translates into jobs that stay in North Carolina.