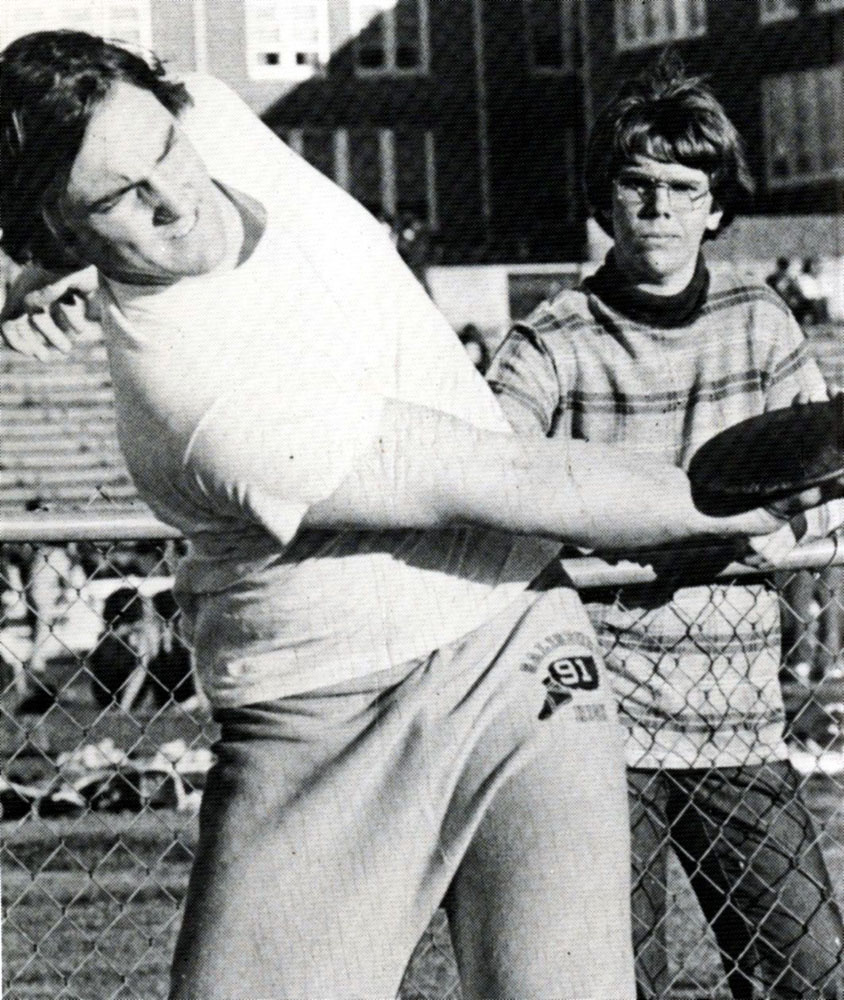 SALISBURY — The Pete Stout Era (1966-75) was a golden time at Boyden High, and then Salisbury High. There were 83 wins, 20 defeats, 10 ties and zero losses against Rowan County opponents in that decade, but there was a school that proved a handful for Stout every year.

The Concord Spiders shut out Stout’s team in 1969. They did it again in 1972. And then the Spiders blanked Stout’s Western North Carolina High School Activites Association champions in 1974. In the five-year stretch from 1969-74, Stout’s teams were shut out on just three occasions — Concord, Concord and Concord.

So as the Hornets prepared to battle the Spiders early in the 1975 season, Salisbury’s defense knew it couldn’t allow anything. It was a stout Salisbury defense with three players who went on to make All-South Piedmont Conference — interior linemen Chuck Valley and Albert Redd and safety Ronnie Wood. Linebacker Gerry Witherspoon joined those three on the All-Rowan County team.

“I could really throw the ball, but I was 6 feet tall and 200 pounds in the seventh grade, so they made me a lineman,” said Valley who grew to 6-3 and 220 by his senior season. “We played a six-man front on defense — two guards, two tackles and two stand-up ends. Four big guys up front is a good defense against the run and everyone ran the ball. We ran 80 to 90 percent of the time ourselves.”

“There were times he would crack us up,” Valley said. “He found one of those flag-girl poles and walked around practice with it like he was carrying a staff. We were calling him Moses.”

Salisbury had a good backfield in 1975, with QB Chal Glenn handing off to SPC Player of the Year Leonard Atkins, Pete Hardin and Tom McDaniel. Concord countered with stars Tracy Andrews and Barry Cannon.

It rained hard the Friday the game was scheduled. It was still wet Saturday. On Monday, the teams took the field at Concord. But coaches hate Monday games for a reason. Stout witnessed one of the worst offensive performances of his life. Salisbury fumbled six times and lost three.

The Hornets were shut out by the Spiders once again, but this time they didn’t lose. Valley had the game of his life.  When time expired, it was still 0-0. Andrews was held to 42 rushing yards. Cannon was limited to 37. The Spiders made only five first downs.

Valley, who handled kickoffs and PATs with a square-toed shoe, missed a 45-yard field goal late.

“Ronnie Wood was something else and our whole defense played great,” Valley said. “I had a lot of tackles. Every time a college would ask for film on me, we’d send them that Concord game.”

They played overtime, but it was one of those OTs to be used only as a tiebreaker if the teams ended up tied in the final standings. Salisbury won the OT. Concord fumbled. Wood recovered it. Then Glenn threw a scoring pass to Ted Bush.

Ironically, that tie doomed the Hornets. Concord won the league with a 7-0-1 record. Lexington finished second at 7-1. Salisbury was third at 6-1-1 and 8-1-1 overall, but only two teams went to the playoffs.

Salisbury, which had won back-to-back WNCHSAA titles in Valley’s sophomore and junior years, had to be the best team in county history not to make the playoffs. The lone loss was 17-14 to Lexington.

Valley’s Salisbury football career ended with a 17-0 victory against Asheboro.

“I got clipped on the last play of my last game,” Valley said. “I tore an Achilles tendon.”

An All-State player, Valley had been picked for the Shrine Bowl and played in it along with East Rowan running backs Rick Vanhoy and Randy Fowler.

“I started in the Shrine Bowl, but about the fifth play, a 350-pound guy fell on me and I hurt the  Achilles again,” Valley said. “I spent the rest of the day talking to the cheerleaders.”

Players could start signing immediately after the Shrine Bowl then. Valley signed with UNC.

“I was on crutches when coach (Bill) Dooley and coach (Jim) Donnan came to see me,” Valley said. “I was afraid they might change their minds, but I still got a scholarship.”

The Tar Heels made rivals Valley and Vanhoy roommates. Maybe it was an alphabetical thing or maybe they just assumed they were friends coming from the same county.

“I really didn’t know Rick except for playing against him in basketball and football,” Valley said. “But we got along great.”

Valley was a backup defensive linemen for Dooley on good teams and got into a few games. He would’ve run through brick walls for Dooley, but then Dooley left for Virginia Tech. Valley didn’t see eye-to-eye with Dick Crum, Dooley’s successor, and left school.

“They wanted to move me to offensive line, and I’d never played offense in my life,” Valley said.

Valley has one more notable claim to fame as a Rowan County athlete. In the summer of 1976, the Spencer Jaycees sponsored a “Superstars” competition based on the popular ABC series that had famous athletes compete in everything from swimming to table tennis.

The Rowan Superstars competition collected three all-round athletes from each of the five high schools and let them go at it. Valley, who also starred in track and field, was one of the three Hornets.

Valley won two events — weightlifting (245 pounds) and football, where he threw 69 yards and punted 62. Valley tied for second in shooting free throws (11-for-15), and the big guy handled the tires, tunnels and ropes of the obstacle course for another second-place finish.

After his time in Chapel Hill, Valley returned to Rowan County. He was with Food Lion a dozen years and spent time at Freightliner, but he’s spent most of his working life as a construction manager.

His athletic passion now is golf. He’s good at it and plays four or five times a week.

If you see Valley at Corbin Hills, he won’t mind if you call him “Superstar.”