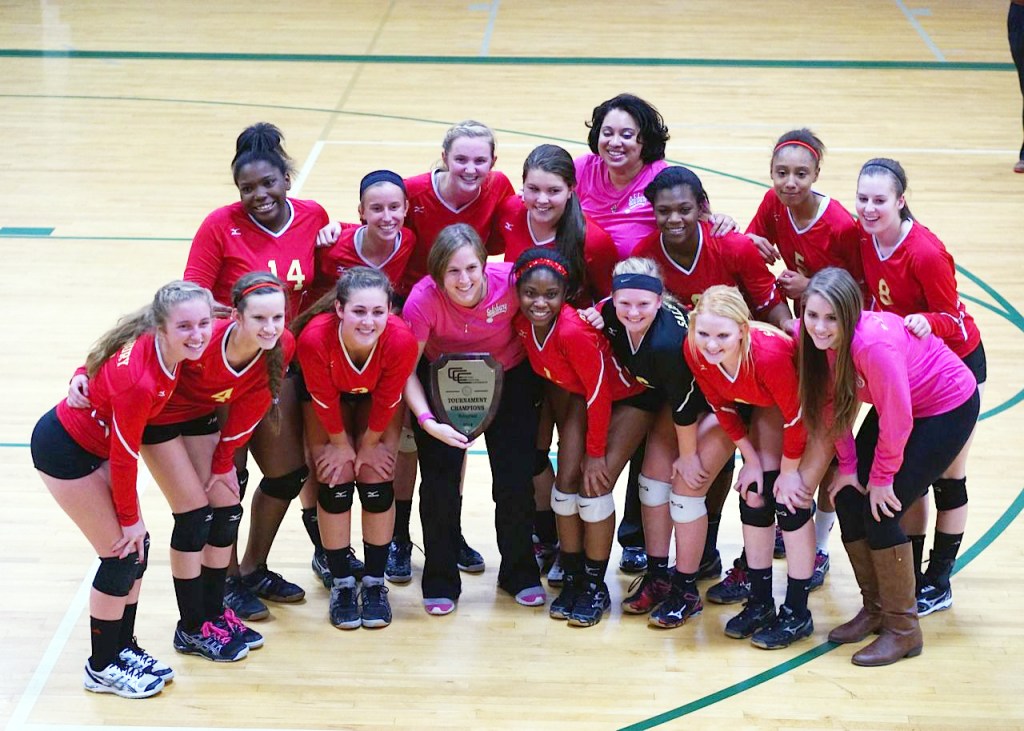 Juliana Anderson led the attack with 20 kills in the semifinal win against Thomasville and  had 15  more in the championship match with East Davidson.

Abby Lee and Rebecca Malloy led the defense along with Anderson. De’Leon Duren led in blocks. Jane Miller and Makayla Dillon were consistent on the attack.

“It was a team win,” Hodge said. “We had great play from everyone.”

Salisbury will play in the  first round of the 2A state playoffs on Saturday.

Salisbury’s Caroline Parrott (99) and Shelby Holden (103) were also among the top eight players.

Yatawara shot 179 and won the season race by three shots over Rusher. Parrott was sixth for the season, while Holden was seventh.

Landon Goodman led the Hornets (16-4) with four goals to move his total for the  season to  32.

Also scoring for the Hornets were Michael Brown, Hector Salinas and Andrew Kalogeromitros.

Next up for the Hornets is Davie County on Tuesday with a JV/V doubleheader at 5:30 and 7.

• The Salisbury-Carson match  was canceled. Carson will be making up an SPC game Monday against Central Cabarrus.

Catawba (4-8-1)  got goals from Adam Kurdi and Kenny Bonilla (Salisbury).

Singles winners for Knox were Skye Mowery, Rainey Dunham, Laura Bullock and Anna Grace Woolly.  Winning in doubles for Knox was  the team of Dunham-Bullock.

Knox will finish its season at Erwin on Thursday.

Defensive lineman Angelo Parker had a blocked punt that was returned for a touchdown by O. B. Mashore.

Parker also stripped a China Grove runner and ran the ball in for a touchdown. Other defensive standouts were Omaree Mashore, Isaiah Rankin, Tyjae Polk and Daveon Robinson.

Quarterback Bo Rusher was well-protected by an offensive line made up of Kevion Chunn, Will Setzer, Ellija Delarosa, Caleb Williams and Eric Argrett.

Scoring on a 70-yard run was Tyrone Johnson. Scoring on two-point plays were Johnson, Rusher and Omaree Mashore.

The Trojans travel to Mooresville next Thursday to take on the Red Imps.