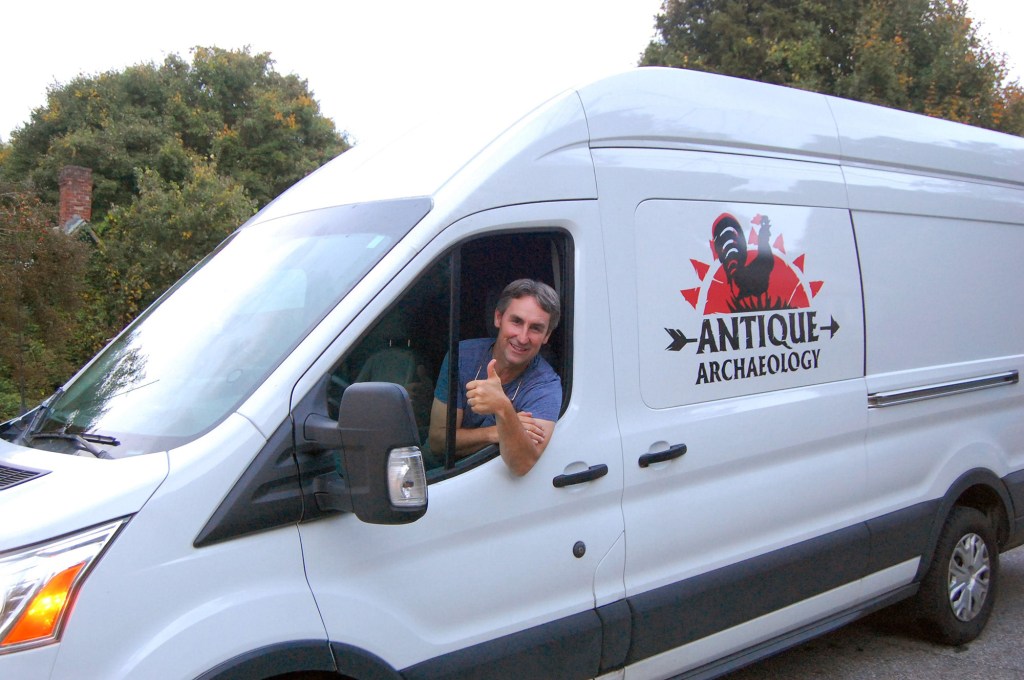 Mike Wolfe and the crew of ‘American Pickers’ filmed an episode at the home of Clyde (Overcash) on East Bank Street in 2015. Wolfe owns Antique Archaeology in Iowa. The show is on the History Channel. (David Purtell/Salisbury Post File Photo)

The crew of a popular television show was in Salisbury on Monday.

The History Channel series “American Pickers” filmed an episode at the home of Clyde (Overcash) on the 200 block of East Bank Street. The show follows Mike Wolfe and Frank Fritz as they travel the country looking for valuable antiques and collectibles and then negotiate a sale price with the owners of the items. Normally, the pair searches through piles of stuff that people have collected over the years.

Wolfe owns Antique Archeology in Iowa. And he and Fritz call themselves “pickers.”

Clyde, who declined to talk about the show, owns several properties near where a Confederate prison was located during the Civil War. Wolfe said filming went well and that the episode should air in four months. The show, which premiered in 2010, has been filming in North Carolina in recent weeks.