You can’t stop the CROP 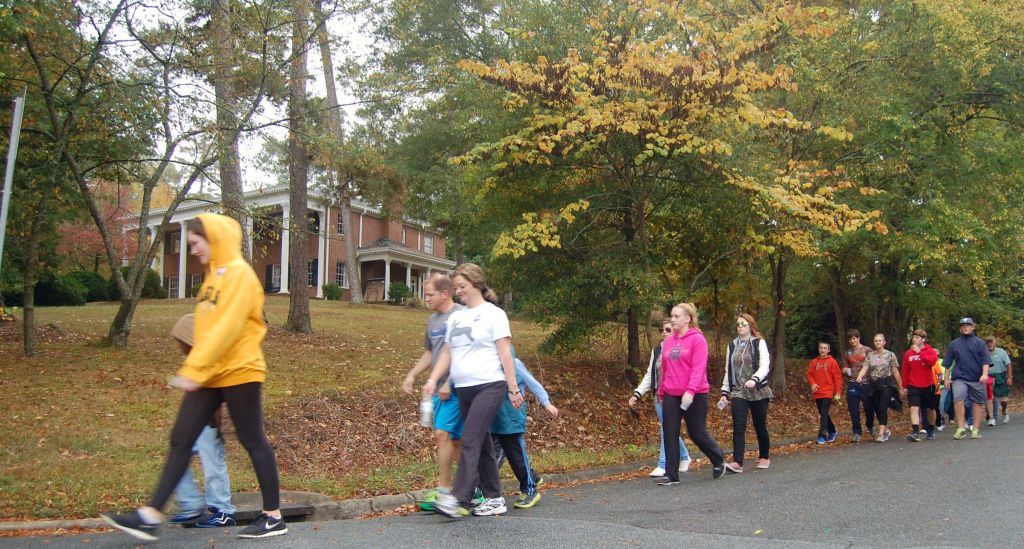 The cloudy skies and light rain didn’t stop the 2014 Rowan County CROP Walk from being a success.

“This is a sunny day because every single one of you are here today,” Rev. Steve Combs, pastor at Milford Hills United Methodist Church, told the crowd of participants before they set off on a three-mile walk.

CROP Walk is a program sponsored by Church World Service that raises money to end hunger.

About 80 people participated in Sunday’s walk in Salisbury, which started at City Park at 3 p.m. Another walk was held in China Grove at the same time.

“We are mission minded. We are concerned about people not just here in our community but around the world,” Kirby said.

Members of Church Women United were also on hand Sunday to help with registration.

The total amount of money raised won’t be known until all the donations come in, but at least $7,000 had been raised by the Salisbury groups as of Sunday.

Twenty-five percent of the money will be split between Rowan Helping Ministries and Meals on Wheels of Rowan County. The rest goes to causes around the country and throughout the world.

Kyna Grubb, executive director of Rowan Helping Ministries, said, “For some (people) there are days when they have to make a decision between heating the house or eating a meal.”

Grubb thanked the participants for coming out on a Sunday to support the fight against hunger.

The route took walkers around City Park, up to Novant Health Rowan Medical Center, down Mahaley Avenue to E. Park Road. Then down Park Road where walkers turned around and followed the same path back to the starting point.