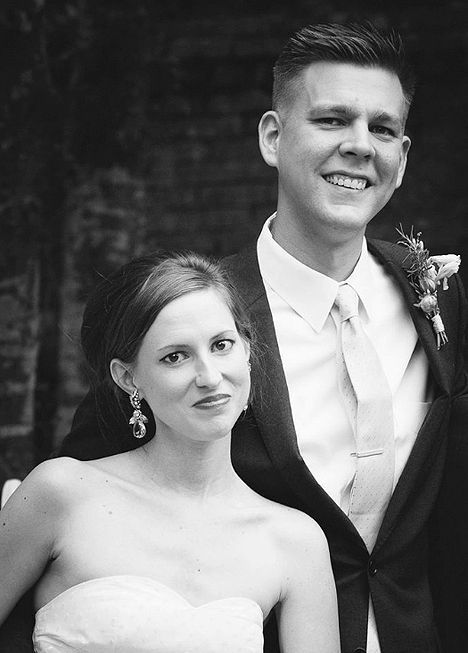 Alisha Lee Payne and Dallas Clarke Thomas were United in Matrimony on Saturday, Sept. 27, 2014, at The Atrium in historic downtown Wilmington. A reception followed the ceremony.
The bride is the daughter of Mr. and Mrs. Delbert Payne, Fulton, Mo. The groom is the son of Mr. and Mrs. Stephen Thomas of Salisbury.
Mr. Stephen Thomas and Mr. Anthony Lockhart officiated the 5:30 p.m. ceremony.
Matron of Honor was Mrs Alison Lance of Chapel Hill. Ms. Courtney Bridgers of Wilmington was Maid of Honor. Ms. Jessie Yeager of Wilmington was Bridesmaid. Mr. Casey Cromer of Charlotte was best man. Groomsmen were brothers of the groom Mr. Austin Thomas of Atlanta, Ga., and Mr. Taylor Thomas of Wilmington.
The bride is a graduate of UNCW, and the groom is a graduate of UNCC. Both are employed at Freakers USA in Wilmington, where the couple resides.
An extended honeymoon to The Catskills, in New York state, is planned for the spring.