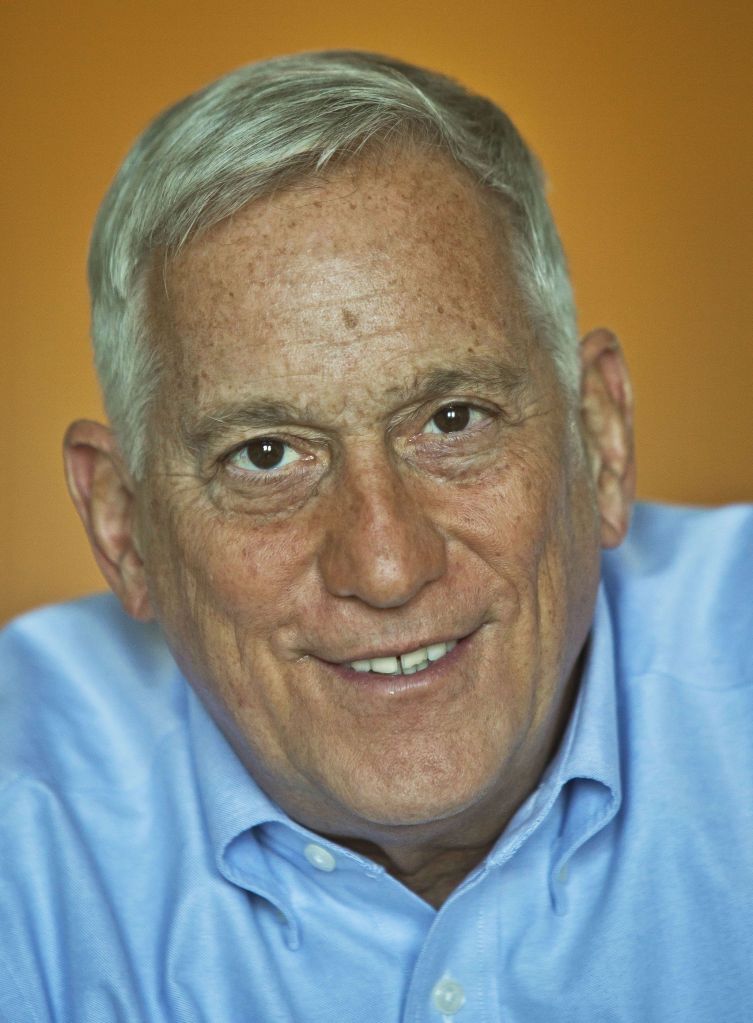 NEW YORK — Walter Isaacson has a different way of looking at history.
Mention the second half of 1969 and he won’t talk about Woodstock or the moon landing but the development of the microprocessor and the first time separate computers were connected. And the 1990s? Not the Clinton-Lewinsky scandal or “Seinfeld.”
“In the end, the microchip had far more impact,” he says.
The author of best-sellers about Steve Jobs, Albert Einstein and Benjamin Franklin, Isaacson has long prided himself on making science and technology accessible to the general public. After books focused on one man’s story, he has taken a broader approach and written what he hopes will become the first major chronology of computers and the Internet: “The Innovators: How a Group of Inventors, Hackers, Geniuses, and Geeks Created the Digital Revolution.”
“The Innovators” includes stories of Jobs, Bill Gates and other familiar names in the field, but it also honors such lesser-known pioneers as the 19th-century mathematician Ada Lovelace, daughter of the Romantic poet Lord Byron and among the first to express the concepts for digital technology. “Poetical science,” she called her work.
The geeks may find this old news, Isaacson says. But others — readers of Isaacson’s previous books — may be open to know more about the people who made their gadgets possible and about the gadgets themselves.
“Because I think the reader might want to know: How does a transistor work? What is a semiconductor? Why do a lot of transistors on a circuit allow it to perform logical tasks?” he says. “And those are beautiful concepts and I want to do them justice while explaining them in terms that an average reader who hasn’t studied technology can enjoy.”
Isaacson, 62 and a resident of Washington, D.C., spoke recently at his pied-a-terre in Manhattan that overlooks Central Park, an Apple store just a short walk away. Wearing slacks and a light blue shirt, he says he had planned the book for more than 20 years, since he was editor of new media for Time magazine. He was also encouraged by Gates and Jobs, both of whom believed the digital revolution was made possible by the intersection of personal computers and the Internet.
“The Innovators” was in the top 10 on Amazon.com upon its Oct. 8 publication, and has already been adapted for a graduate course on entrepreneurship and new media at the University of Southern California.
Isaacson’s new book is a story of how the great advances and best companies are born out of contrasts and competition.
The cover features pictures of Jobs and Gates, but “The Innovators” is a tribute to both individual and team efforts, such as Bell Labs in the 1930s and ‘40s and the groundbreaking online forum The WELL. Isaacson also cites the achievements made possible by cooperation among government, schools and the private sector, including legislation passed in the 1990s that made the Internet available to the general public. (A key sponsor, then-U.S. Sen. Al Gore, did indeed help create the Internet.)
And Isaacson tracks the Utopians who think of the Internet as a public space and believe that knowledge should be shared without ownership and the entrepreneurs who wanted to make money — a dynamic embodied by Apple founders Steve Wozniak and Jobs.
“When Steve Wozniak looked at the specs for the Intel microchip, he realized that he could create a whole new personal computer and he wanted to share it with everybody in the Homebrew Computer Club,” Isaacson said, referring to a gathering of technophiles founded in the mid-1970s in a Menlo Park garage in California. “But his friend Steve Jobs says, ‘Why don’t we go to the garage and make these things ourselves?’
“Thus Apple is born.”
Isaacson also made the Internet part of the writing process. He posted passages online and incorporated responses into the book.
For a future project, Isaacson would like to attempt a hybrid between Wikipedia and a traditional narrative. His idea is to have readers contribute written and visual stories and he would edit them into a bound volume.