Bidding farewell to the Farmhouse 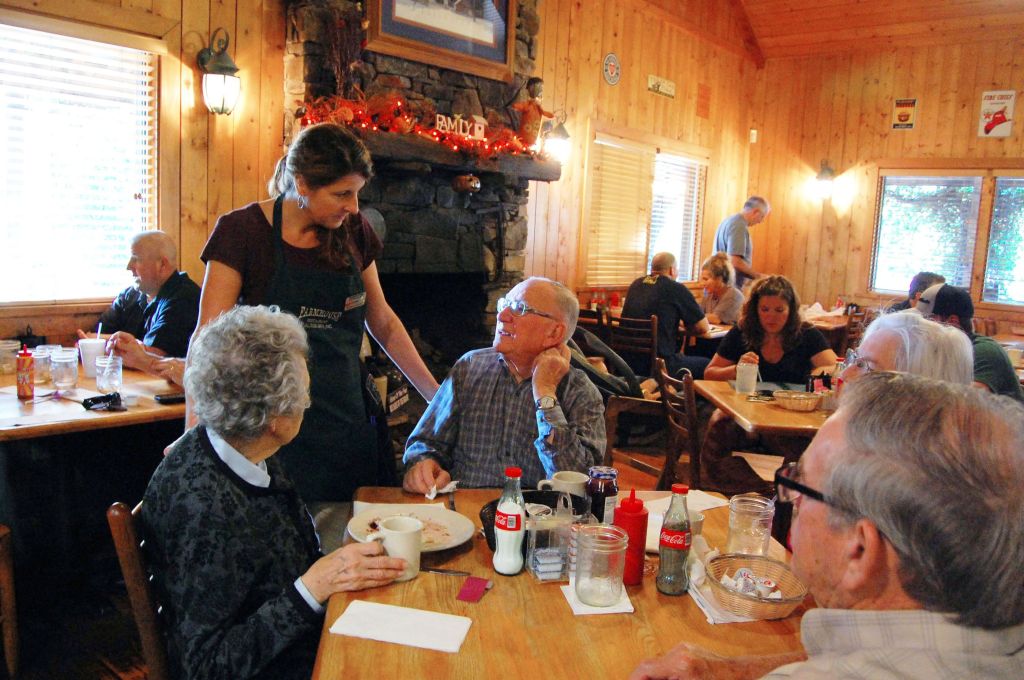 Restaurant soon to serve last meal
By David Purtell
david.purtell@salisbury.com
After more than two decades of business, one of Salisbury’s most popular restaurants will close next week.
The Farmhouse Restaurant will close Sunday, Oct. 19, and Cannon Pharmacies plans to be build a new store in the popular dining spot’s place. The property was sold earlier this week.
For nearly 22 years, the restaurant has been serving country food in a country atmosphere. But next week, meals will be cooked and served to hungry patrons for the last time.
Farmhouse opened New Year’s Eve 1992, and back then it was owned by Mark and Ashley Honeycutt. In 1999, the restaurant was sold to Dan and Denise Schindelholz. The couple has operated it ever since, with Dan and the other cooks in the kitchen preparing food, and Denise handling the waitress staff and chatting with diners. Currently, about 20 people work at Farmhouse.
Dan said they’ve been thinking about selling the property at the corner of Old Concord Road and Jake Alexander Boulevard for a couple of years.
Dan, who is almost 60, said working 80-hour weeks has taken its toll on his wife and him. Business hasn’t been as good as it was six or eight years ago, he said, before the economy crashed and gas prices spiked. Denise said, “It’s the hours and our time of not being able to get away from it.”
Originally from Ohio, the couple said they’d like to have more time to visit family back home. They said closing the restaurant doesn’t mean they’re retiring.
Farmhouse, with its all-wood design, high ceilings and big fireplace, has been a local favorite for breakfast, lunch and dinner since it first opened.
Since they’ve owned it. Dan said, the restaurant has been closed just two days a year: Thanksgiving and Christmas.
“I don’t know what I’m going to do come Monday,” Dan said about the first day after the restaurant closes for good.
Dan and Denise said they want to use the last week of business to say goodbye to their loyal customers and thank their employees for the work they’ve done.
“She’ll be crying the whole week,” Dan said about his wife, adding that they’ve gotten to know hundreds, if not thousands, of people over the years.
Kristine Blackwell has been a waitress at Farmhouse since 1995. She said she’ll miss working at the restaurant, and that it’s been like a second home.
“It’s been great, you know, it’s like your second family,” she said.
Blackwell said she’ll always remember bringing her children to Farmhouse to eat and the days when her husband, Chris, stopped in to visit her at work.
She said she’ll miss all the regular customers and that it will be a big change for a lot of people when the restaurant closes.
As for herself, Blackwell said she isn’t sure yet if she’ll take another waitress job or look for different work.
“I’ll find something,” she said.
• • •
Bob Meseke said he and his wife, Kathy, have been eating at Farmhouse regularly since they discovered it about three years ago.
“We really enjoyed the service and the wonderful eggs and hash browns,” he said, “Very good staff, and they take care of you.”
Millie Cress, branch manager of First Bank, said she’ll miss being neighbors with the staff at Farmhouse.
The bank and restaurant share a street intersection, and Cress said Farmhouse has been a popular place for the bank’s employees to eat over the years.
“It was always pleasant,” she said.
• • •
Brian Freeman, owner of Cannon Pharmacies, said he is excited to be opening his first Salisbury location. He currently has six locations, including one in Mooresville and two in Kannapolis. He said he plans to open the Salisbury store next summer and that it will employ about 20 people.
“I love that location. … I feel very lucky to get it,” Freeman said about the site for his new store. “We want to be a big a part of the community.”
Farmhouse Restaurant’s hours for Oct. 13-19 are: Monday and Wednesday 6 a.m. to 2 p.m., Tuesday and Thursday – Saturday 6 a.m. to 8 p.m., Sunday 7 a.m. to 2 p.m.