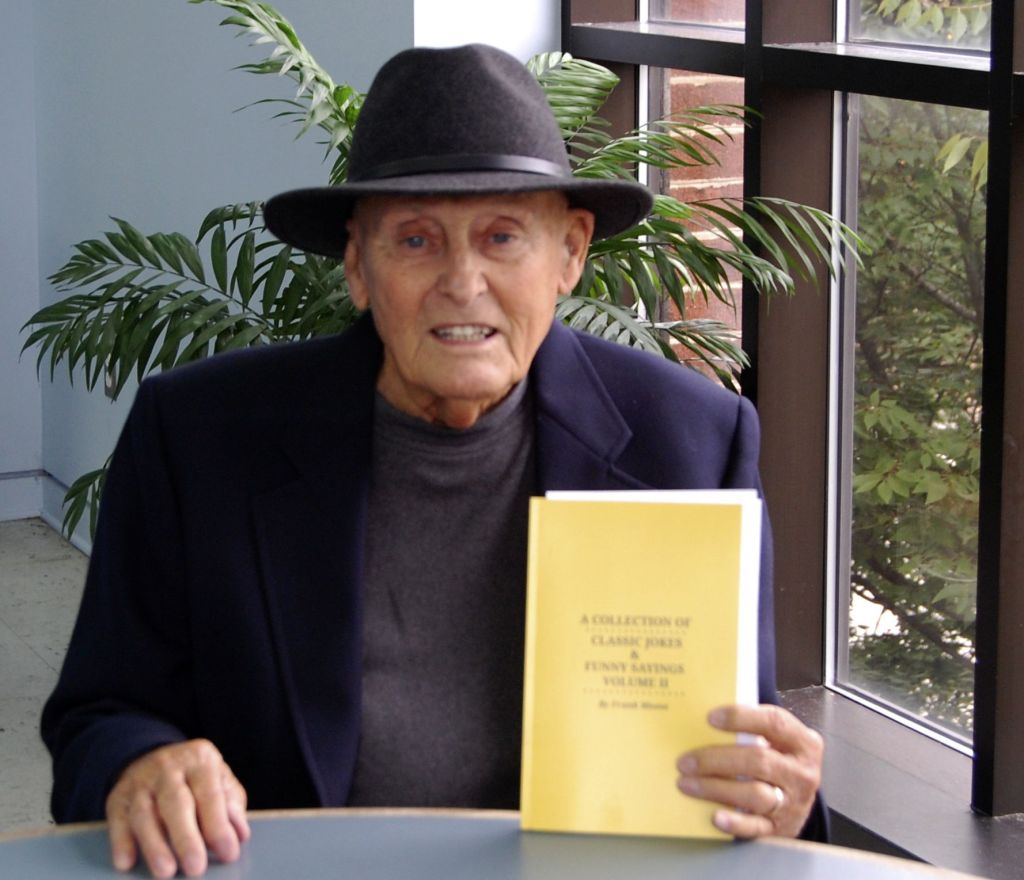 SALISBURY — Frank Moose of Concord has published his second collection of classic jokes and funny sayings, and the volume is now for sale at several local restaurants.
Here’s just one example of the scores of humorous tidbits you’ll find in the 85-page paperback:
“While attending a marriage seminar dealing with communication, Tom and his wife, Grace, listened to the instructor. “It is essential that husbands and wives know the things that are important to each other,” the instructor said. He addressed Tom: “Can you describe your wife’s favorite flower?” Tom leaned over, touched his wife’s arm gently and whispered, “It’s Pillsbury, isn’t it?”
Over the years, Moose has had a habit of jotting down on slips of paper jokes and humorous sayings he has heard, then stuffing those scraps of paper into a desk drawer at home.
He also carried a notebook at times to write down the essence of a joke, which he would flesh out later at home. The volumes represent his bringing all those things together.
Earlier this year, Moose, 82, published his first book, “A Collection of Classic Jokes & Funny Sayings,” which he made available at several local stores in the area. That book has a black cover.
Volume II, just released, has a yellow cover, and Moose has widened his distribution to include Bebop’s Diner on U.S. 29, Blue Bay Seafood at 2050 Statesville Blvd., Farmhouse Restaurant at 1602 Old Concord Road, China Grove Family House at 216 S. Main St., China Grove, and Porky’s BBQ at 1309 N. Main St., China Grove.
Someone interested in purchasing a book, which sells for $15, also can contact Moose at 704-782-4553, or 704-701-3468.
Moose said he offers both books as a $28 package deal, a savings of $2. He describes the book as a good gift for people who enjoy “good wholesome humor.”
He also believes the book can be a valuable tool for speakers needing a jump-start on a topic, an illustration to make a point or humor to break the ice.
“This book will make a great gift for speakers, Sunday School teachers, event planners, ministers or family and friends,” Moose said.
Moose’s company, HOYCO, markets plastic bags. He also can be reached by email at hoycomoose2@gmail.com. His mailing address is 351 Summit Court SE, Concord, NC 28025.