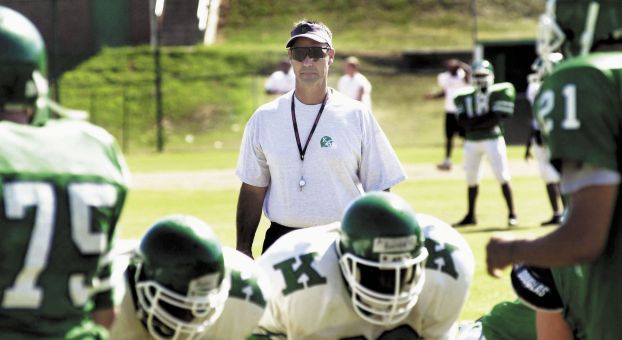 Ron Massey, the former head coach at A.L. Brown, died unexpectedly Saturday at the age of 56. Multiple media outlets reported Massey passed away because of a heart attack.
Massey was in his third season as head coach at Monroe Piedmont. His coaching career started in 1988 at Raleigh Enloe and included stops at Fayetteville Seventy-First, Kings Mountain and Brown. He led the Wonders from 2000-10.
“Coach did a lot for Kannapolis, and he did a lot for the athletic program at A.L. Brown,” said Noah Lyon, athletic director at A.L. Brown. “With me being the AD, I thought about him a bunch — what he did as a coach and how he treated people.”
Lyon said there was an outpouring of support and it’s difficult to describe “how many people he’s touched the lives of.”
Teams under Massey’s direction went 120-32. The Wonders made the 3AA state championship game in 2008. A loss to Greensboro Dudley ended the season.
Massey also beat the Wonders — when he was coaching at Kings Mountain — in the 1998 3A state playoffs on the way to the first runner-up finish of his career.
Success on the sidelines, however, is not what Lyon remembers most about Massey.
In 2010, a fatal car accident claimed the life of Wonders football player Dajon Torrence. It happened in the week building up to a game against Cox Mill.
“I can remember about the day it happened,” Lyon said. “We were trying to figure out what was best for everybody involved. There were just so many thing happening that day. I came around the corner, and coach Massey was obviously upset and down. He cared for these young men.
“And I think people that were close to him, we saw a side of him a lot of other people did not get to see. He was upset that day.
“There are tons of fun memories, but this memory showed what a fine Christian he was. These are the things I’ll remember about coach Massey.”