Backs against the wall at Charlotte 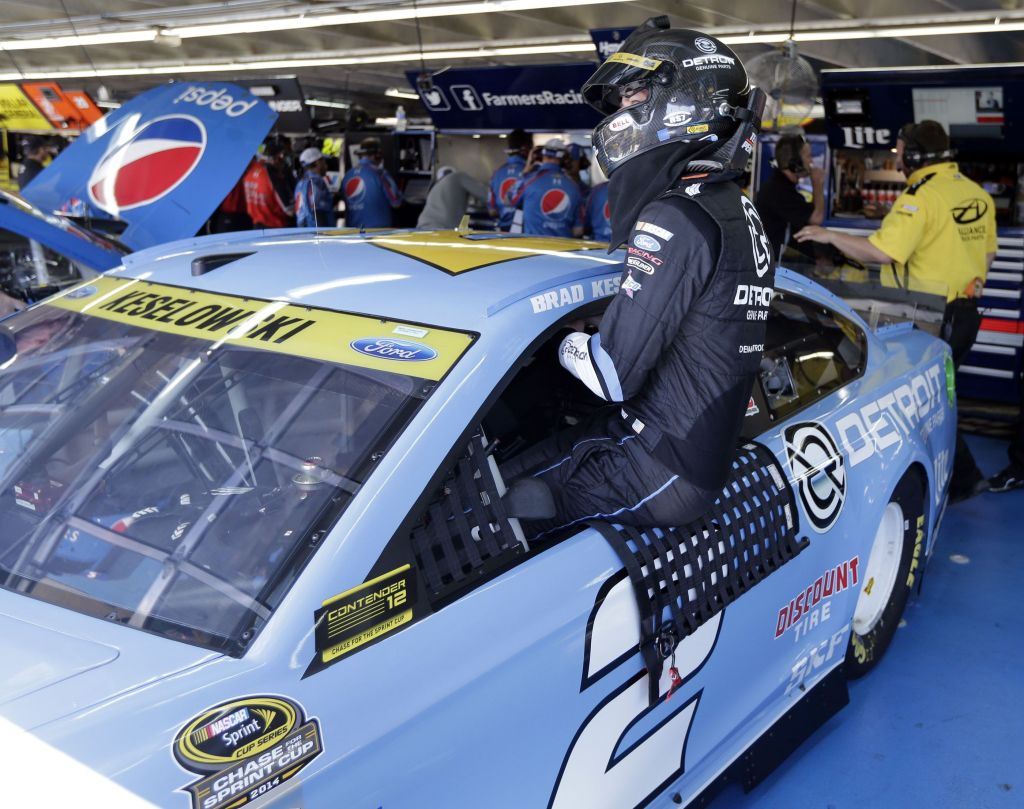 CONCORD, N.C. (AP) — One bad race knocked three of NASCAR’s biggest names to the bottom of the championship standings, and a repeat Saturday night at Charlotte Motor Speedway will put the trio on the verge of elimination.
That’s the harsh reality for Dale Earnhardt Jr., Brad Keselowski and six-time and defending NASCAR champion Jimmie Johnson. They combined to win more than a third of the races this season, and their title hopes could end before the third round of the Chase for the Sprint Cup championship.
NASCAR eliminates four drivers from the Chase field after every third race, and Keselowski, Earnhardt and Johnson are ranked 10th through 12th in the field. A win automatically advances a driver into the third round; anything else forces the drivers to depend on next week’s elimination race at Talladega Superspeedway to stay in title contention.
It’s a mathematical longshot to think that Keselowski, winner of five races this season, and Earnhardt and Johnson, who have three wins apiece, can all recover enough to move into the third round. None is concerned about anything but Saturday night’s race.
But after a solid first practice Friday, Earnhardt was confident.
“We’re going to win this race. I really got a good feeling about it,” he said on his 40th birthday. “This is what we’ve got to do anyway to try to get further points and try to win the championship. The car’s been great all weekend. Attitude’s good. Everybody’s excited. The team’s working well together. The car’s responding well. The car ran some good laps in practice and felt real good.”
Johnson won the Coca-Cola 600 here in May and Keselowski is the defending race winner. Earnhardt won the All-Star race in his 2000 rookie season but has never won a points race at his home track.
They are all in a hole right now because of Kansas, the opening race of the second round. Earnhardt had a tire failure while leading, and Keselowski later also had a tire issue. Johnson just had a bad all-around weekend, was in an early accident, and finished 40th.
He also was off in qualifying Thursday at Charlotte, where he’ll start 21st.
“We are just not where we want to be,” Johnson said. “Bottom line. We’re working very hard to get there. This sport is not forgiving. What you have accomplished in the past doesn’t buy you a damn thing for the present.”
Jeff Gordon, Johnson’s teammate at Hendrick Motorsports, cautioned not to count Johnson out just yet.
“I have just seen too many times these guys pull it out and do extraordinary things when they seem to be down and out,” Gordon said. “I don’t know exactly what is going on right now. I know that those guys are incredibly good and put up a heck of a fight.
“I won’t be surprised if they still make it to the next round or are a major threat for this championship.”
Keselowski, who averaged a fifth-place finish in the first round of the Chase and won the opener, said the pressure is intense at Charlotte for the entire Chase field. Penske teammate Joey Logano won last weekend at Kansas to earn the automatic berth into the third round, and his victory extended the streak of Penske or Hendrick drivers winning on every 1.5-mile track this season.
“We’re going to do what we normally do,” Logano said. “We normally go out there and try to help each other. As a two-car team, we’ve got to work very tight together to make sure both our cars are fast. I feel like that’s something we applied to Team Penske a long time ago.”
But there’s little Logano can do come race time to assist his teammate.
“There’s only so much you can do on the race track to help your teammate,” said Logano. “My goal is still to win. I might be greedy, but I want to win.”
Keselowski is treating Saturday night as if it is the season finale with the championship on the line. He’s been there before — in 2012 when he clinched the title over Johnson at Homestead-Miami Speedway.
“There’s a lot at stake, but it is every weekend. This is part of the challenge,” Keselowski said. “For us, this is a very Homestead-like weekend. We need to perform. This is our last chance to really control our destiny in the Chase for this round, and we want to make the most of this opportunity.”

Running updates from games in Rowan