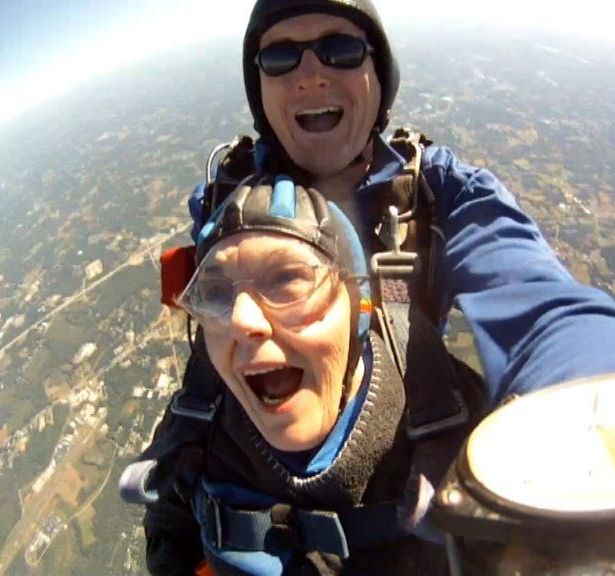 “I’ll be first in line for that too!” — Irene Moeller, age 81, after parachuting from a plane and being asked about a hot-air balloon ride

“As we have a need for that space, we would move tenants out and make it available to government agencies,” — Jim Sides, commission chairman, explaining future plans for mall

“Our marriage validated us as a couple, as people in this community … People should know that we’re no different from any other couple.” — Tamara Sheffield, on registering her N.Y. marriage to partner Maryja Mee at the Rowan County Register of Deeds Office

“At the end of the day, I don’t like this use, … but don’t find it to be an unreasonable request from the entity that owns the property.” — Brian Miller, Salisbury City Council, casting the lone vote in favor of a special use permit for West End Plaza

“I just kind of feel like we’ve been pushed into a corner.” — Arin Wilhelm, Granite Quarry alderman, on request to waive regular requirements of curbing, guttering and sidewalk for an access road to the Gildan Yarns plant

Here’s news to warm Scrooge’s heart. Americans who have the most are giving more — to themselves. Even as the... read more