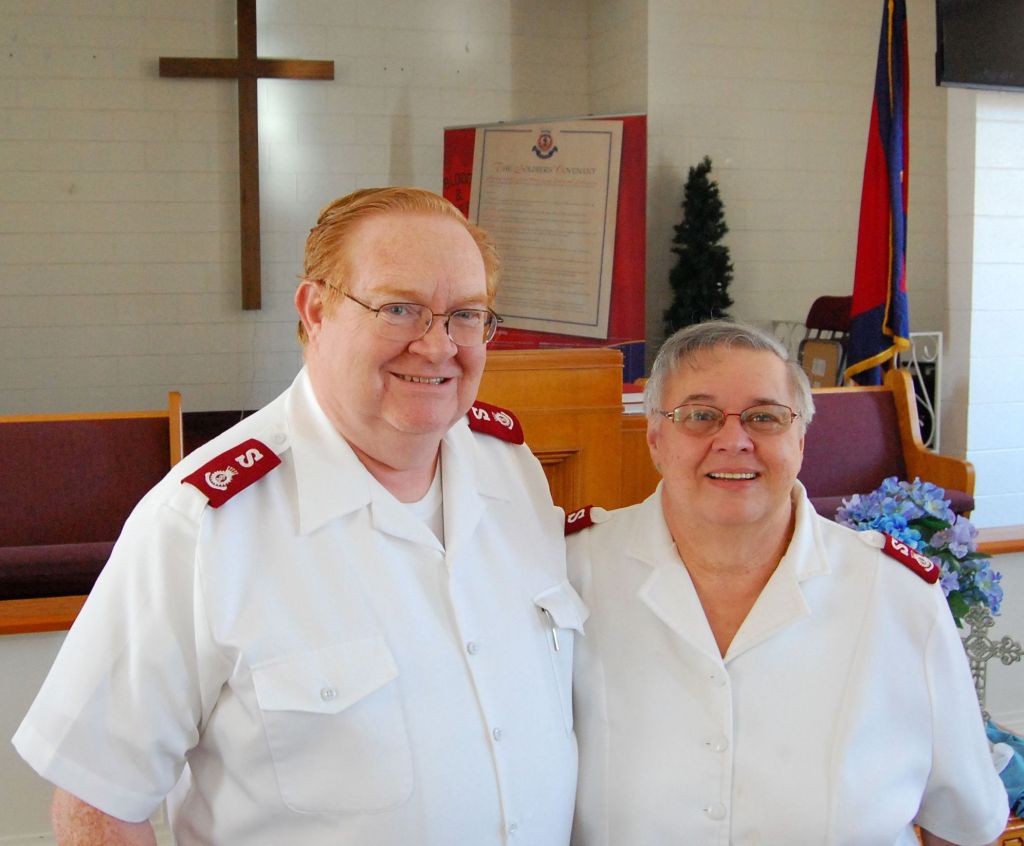 The Rowan County Salvation Army has new management with a lot of experience.
Maj. David Craddock and his wife, Maj. Cherry Craddock, are the interim commanders of the organization’s location on Bringle Ferry Road in Salisbury. The Craddocks, who retired last year after 35 years of service each, are filling in while a permanent commander is found to replace the previous commanders, Lt. Josh Morse and his wife, Chasy.
The Morses had been the commanders since 2012, but stepped down in September for personal reasons, David said.
The Craddocks started work Oct. 1 and are commuting from their home in Charlotte. They’ve been married for 48 years.
They grew up on the West Coast and first met at a Salvation Army. David’s parents were Salvation Army officers, and Cherry’s church worked with the nonprofit organization.
David served in the Navy for 10 years, and spent two years aboard the USS Enterprise. He spent the last two-and-a-half years of his service, 1972-74, in the White House doing communications work — he was there for the Watergate scandal and President Richard Nixon’s resignation.
After David’s time in the Navy was over, he and Cherry moved to Charlotte. David worked for Duke Energy, called Duke Power then, for about a year and a half before he and Cherry joined the Salvation Army school in Atlanta. They became officers in 1978 and served communities until their retirement in July 2013.
When asked to take over for a while in Salisbury, Cherry said they prayed and deliberated before deciding to take on the responsibility.
“So here we are, back in the saddle again,” she said.
The Craddocks said their first task is to get the food pantry filled with non-perishable food, then focus on the youth character programs and the approaching Christmas season.
This is their first time in Salisbury, and Cherry said it seems like a “warm community.” She said it’s been positive to see the area’s nonprofit groups are networking well.
David said nonprofits fill a big need in communities, and that organizations have to work together to accomplish all the tasks that require attention.
As for working during retirement, David said, “You don’t retire from God’s work.”
David said the Salvation Army is first and foremost a church. He and Cherry both act as pastors in their service.
The Salvation Army is located at 620 Bringle Ferry Road. Its hours are 9 a.m. to 5 p.m. Monday through Thursday. The chapel has Sunday School at 9:45 a.m., followed by worship at 11 a.m., Bible study and dinner at 6 p.m. on Thursdays.
The Salvation Army Family Store is located at 1400 Jake Alexander Blvd. W.