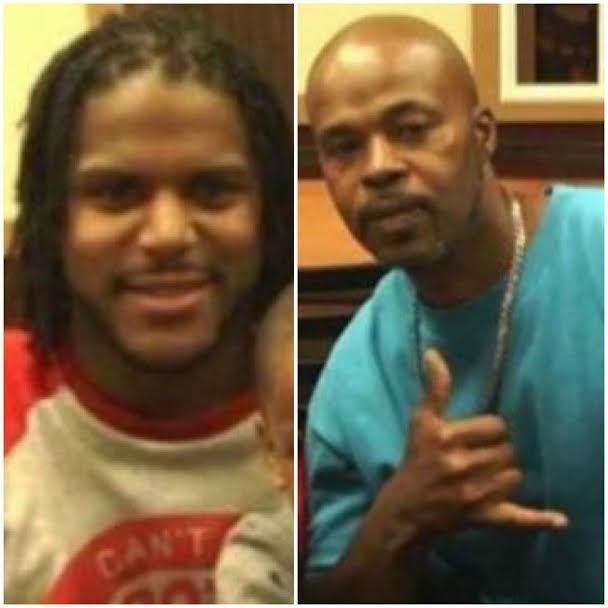 UPDATED:
SPENCER — Family members say Antonio “Tony” Darnell Walker, 29, and his uncle, James Arthur Walker Jr. 43, were killed Wednesday night following a home invasion/robbery at the family’s home at 611 Fifth Avenue in Spencer.
Angela Walker described the horrifying events that led to her son and brother’s death, saying three men wearing gorilla masks walked into the home. One of the masked men asked for her son by name and two of them went into the bedroom where she says they shot her son.
Her brother, James, who most people knew as Junior, tried to protect the family and reached for his own gun.
Angela White said her brother was beaten in the head with the gun and shot to death. Her son stumbled into the living room and died next to his uncle.
When the gunmen first arrived, they walked through the front door, which was open, and told Angela, her daughter Jasmine, and Junior to get on the ground when. The screen door was closed.
Portia White, another of Antonio’s sisters, told a Post reporter at the scene that her mother and sister called to tell her that “Tony had been shot.”
White said she was told the gunmen also had on camouflage and were wearing gloves.
Spencer Police have yet to release details but were at the scene Wednesday night and finally left the home just before 2:30 p.m. today. A press conference is scheduled later this afternoon. See Friday’s Post for more details.

SPENCER — A home invasion and shooting left two people dead Wednesday evening.
Family members identified the victims as James Walker Jr. and his nephew, Antonio Walker.
Thus far, authorities have only confirmed the double homicide. The Spencer Police Department is investigating, with the assistance of the State Bureau of Investigation and the Rowan County Sheriff’s Office.
Shortly after 10 p.m., police responded to the 600 block of Fifth St. about a reported shooting.
A man at the scene who identified himself as James Walker told the Salisbury Post that his son, whom he identified as James Walker Jr., and his grandson were killed when someone broke into the home at 611 Fifth St. and shot them. Walker said it was a robbery and that he had received a phone call from a relative who told him what had happened.
Spencer Police and East Spencer Police were at the scene but only said the incident was contained inside the home.
Several people at the scene were in distress. Some were in a rage and yelling while others were consoling each other. Most of the bystanders declined to comment about the incident.
No arrests have been made, Spencer Town Manager Larry Smith said this morning.
Investigators ask anyone with information to call police at 704-216-8500 or Crime Stoppers at 1-866-639-5245.

Dryer sheets did not disguise the smell of a large quantity of high-grade marijuana found Tuesday afternoon following a traffic... read more