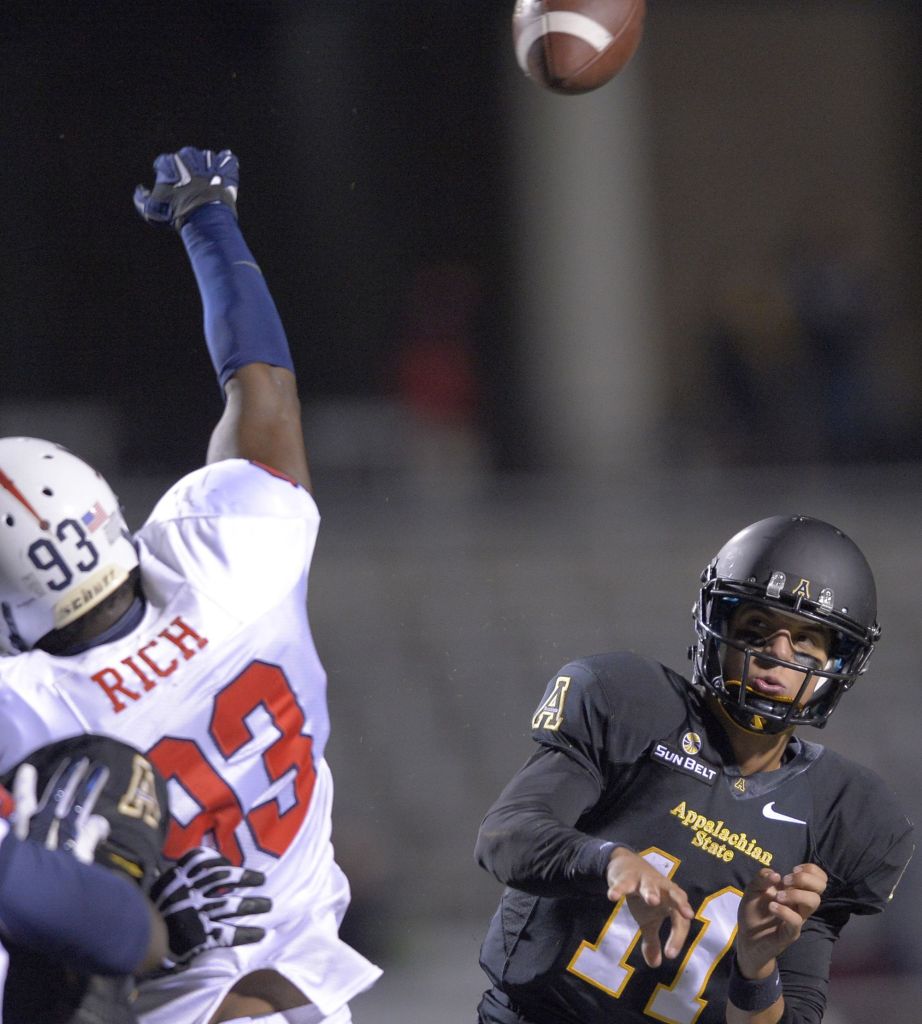 The find the cause of Appalachian State’s struggles, all one has to do is look at the beginning. The Mountaineers (1-4, 0-2) faced deficits of 17-0 to Georgia Southern and 20-0 to South Alabama.
“It’s disappointing for us not being able to get anything going in the first quarter,” head coach Scott Satterfield said. “That’s two weeks in a row for us.”
On Saturday against the Jaguars, the Mountaineers failed to get a first down on their first three possessions. The first six drives ended in a fumble, four punts and a missed field goal.
“The plays were there, we just need to execute the play,” Satterfield said. “It seems like it’s just one play here, one play there to not make first downs and get going.”
The solution, however, is a simple one.
“We just got to work continuously to build,” Satterfield said. “We’re playing with a lot of young players. We just got to continue to teach them.”
On Saturday, App State had three sophomores starting at linebacker, two freshman starting at defensive back, and two sophomores starting on the defensive line.
Freshman quarterback Taylor Lamb got his second start in a row after taking the job from incumbent starter Kam Bryant. Sophomore running back Marcus Cox came into the season with high expectations after rushing for 1,250 yards and scoring 21 total touchdowns as a freshman. Cox averages 67 yards per game and has five rushing touchdowns through five games.
App State looks to get on the right track this Saturday at home against Liberty. The Flames (3-3) also come into this game looking for a win after back-to-back losses to Indiana State and Richmond.
“I think teams they lost to are definitely (good) teams, but they put up a lot of points on offense, and defensively they are very solid,” Satterfield said.
Liberty, a Football Championship Subdivision program, averages 33 points per game and 417.3 yards per game on offense. The Mountaineers’ young defensive backs are likely to be tested by quarterback Josh Woodrum, who has thrown for 11 touchdowns and just five interceptions.
Satterfield, once again, reiterated the onus is on his players to earn a victory.
“If we go out and play sharp, that will be a success for us and, hopefully, be a win,” he said. “That’s the deal.”
Follow Adam Houston on Twitter at @AdamRHouston.