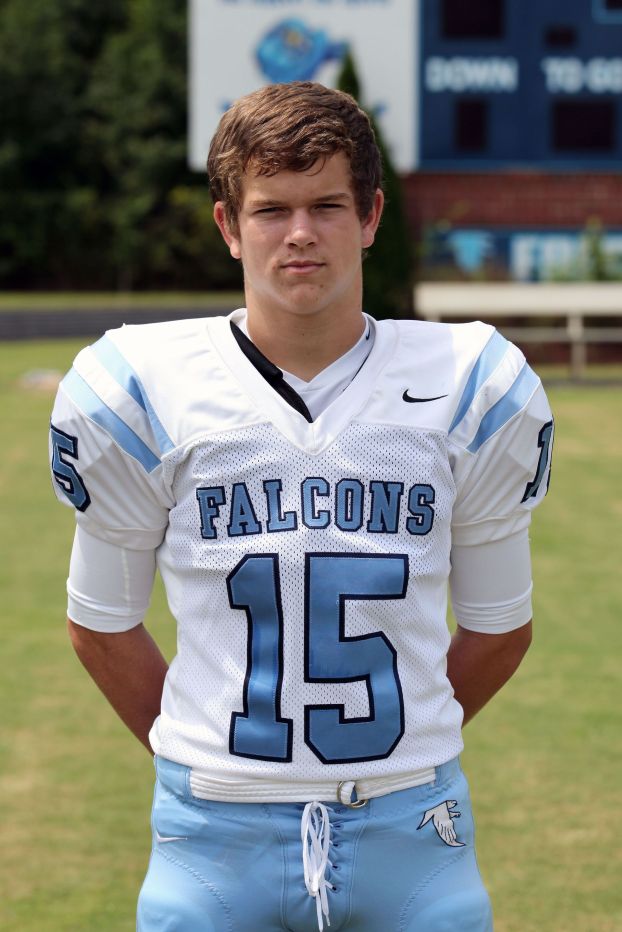 MOUNT ULLA — West Rowan quarterback Kacey Otto was only nervous once on Friday.
That’s when he was the holder for Harrison Baucom’s 34-yard field goal that sent the game with Carson to overtime.
“Harrison was nervous too,” Otto said. “I just kept telling myself to get the ball on the block for him to kick it. Whether the snap was high, low, right or left, I had to get it on the block.”
Clifton Welch’s snap was fine, Otto got the ball down, and Baucom’s kick was perfect.
West Rowan’s 43-37 win against Carson on Friday in two overtimes was unusual, and not because 9-year-old Carson played its first overtime game and West Rowan went beyond regulation for the first time since 2008.
It was extraordinary in that the losing team executed its gameplan to the letter and the losing team was the one that owned the line of scrimmage on both sides of the ball. Carson (2-4, 1-2 SPC) rushed for 336 yards and held West Rowan to 62 — and, somehow, it lost.
West Rowan (5-1, 3-0 SPC) won because it got the breaks and because of the young combination of junior quarterback Otto and sophomore receiver Kortez Weeks.
Carson’s plan was to make Otto, who hadn’t set the world on fire in the Falcons’ first five games, throw the football. He did. He put the ball in the air 36 times, 26 times in the second half and overtime, and he broke the school record for a traditionally run-heavy program with 334 passing yards.
Weeks assisted Otto with 11 catches for 181 yards, a single-game receiving yardage total that tied the school mark Lamont Savage set in 2005.
Otto was the varsity fullback in 2013 and Baucom was the quarterback, but West Rowan made changes after going 6-6 in 2013.
“Coach (Scott) Young told us last spring about position changes,” Otto said. “I thought it was cool. I was a quarterback in middle school, but I was used in different roles after I got to high school.”
Otto (6-0, 180) can still put his head down like a fullback and plow in short-yardage situations. He scored his fourth and fifth rushing TDs against Carson. As far as passing, he’d thrown for just 226 yards and only two TDs.
“But we’ve known for a while he can be a pretty good quarterback,” Young said. “In practice, there’s been a lot of days when he’s been lights out.”
Otto works diligently on his reads in practice with former West Rowan star B.J. Sherrill, and against Carson he was lights-out in a game.
“Practice finally translated to the game, and I did what the coaches wanted me to do,” Otto said. “I still can’t believe it happened.”
The pivotal play was the final one of the first half. Carson had scored with 3.4 seconds left for a 23-6 lead. The Cougars squibbed the kickoff to the West Rowan 45, and the Falcons had time for one snap. It was Otto to Weeks. Touchdown.
“I’m sure they wanted to kick it deeper, but 55 yards later, we’re right back in the game,” Young said.
Not only was Weeks racing down the field with the football, teammates were screaming and chasing him. Otto was among them. That was the turning point.
“It felt good to finally put it together,” Otto said. “I’ve had a few rough times, but my teammates never got down on me. They always brought me back up, and I’ll keep trying my best.”
Quarterbacks get too much credit in good times and too much blame in bad times, but Otto has managed to keep Friday’s euphoria in perspective.
“The last few days have been neat,” he said. “The family’s excited and sending newspapers to the relatives and stuff like that, but I know it’s not what I did. It’s what we did.”
Follow Mike London on Twitter at @mikelondonpost3.

GRANITE QUARRY — Granite Quarry is a “ROX” star. The town, incorporated in 1901 and built around the quarry industry,... read more