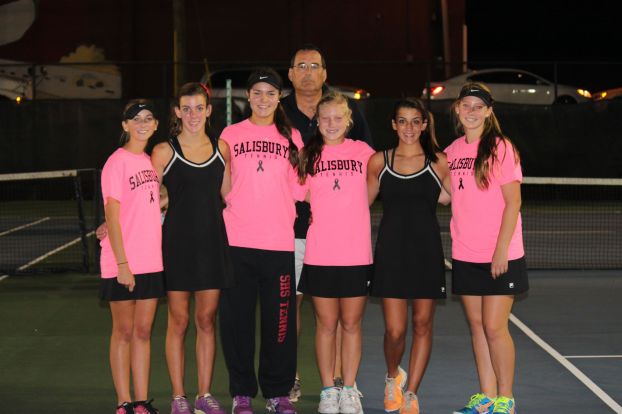 Ricky Maldonado scored two goals to lead Carson’s soccer team to a 5-1 win against Hickory Ridge in SPC action on Tuesday.
Braxton Rogers, Colton Correll and Brandon Flores also scored for the first-place Cougars.
Flores had three assists.
A goal by Maldonado gave the Cougars a 1-0 halftime lead. He found the net with a header off a corner by Raunel Vasquez. Rogers scored off a cross from Flores, and Flores also assisted on Maldonado’s second goal. Correll assisted on Flores’ goal. Correll scored on a cross by Flores.
Grayson Owens was close to perfect in goal, with Hickory Ridge slipping one in late in the action.
The next game for the Cougars (13-2, 9-1) is Thursday at 5:30 p.m. at South Rowan.

The 4th Annual ERDS Golf Tournament will be held on Saturday, Oct. 18, at 8 a.m. at Corbin Hills.
Registration is from 7-8 a.m. The format is four-man Captain’s Choice. The cost is $50 for individuals or $200 for teams.
Lunch and beverages re provided. The event includes a silent auction and 50/50 raffle-
There are prizes for first, second and last place, longest drive and closest to the pin. Hole sponsorships are available for $50. contact Rick Slaydon at rdslaydon@gmail.com or Jason Cauble at caublejason@yahoo.com.

LANDIS — There can’t be many art teachers in the U.S. who get interrupted in the middle of a lecture... read more