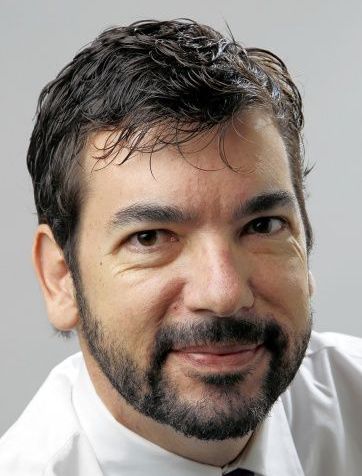 RALEIGH – You might be a North Carolina voter if…
…You’re confused about when and how you can register to vote and cast a ballot in the midterm elections.
The General Assembly’s 2013 changes to elections laws, combined with ongoing court battles over them, have fueled uncertainty about whether voters will be able to register during the early voting period this year, which they’ve been allowed to do in the past.
It’s also unclear whether voters will be able to cast ballots outside of their assigned precincts on Election Day (Nov. 4). As of late last week, as the result of the most recent court decision, voters can register and vote during early voting, which runs from Oct. 23 to Nov. 1. They also can vote outside of their home precincts. But both of those details could change in the days before the election. The U.S. Supreme Court still may decide that certain election law changes enacted last year should be in place for this election.
Suggestion: If you haven’t already, register to vote by Friday, Oct. 10. That way, you’ll be able to vote this year regardless of what the courts decide.
And vote in your assigned precinct to ensure that your votes on all races are counted. If still confused, call your local board of elections.
…You think you need a photo ID to vote this year.
Josh Lawson, a State Board of Elections spokesman, said some voters still think they need identification to cast a ballot this year. You do NOT need any type of identification to vote in 2014 in North Carolina. The ID requirement begins with the 2016 elections.
…You recently registered as an unaffiliated voter.
Statistics from the State Board show the percentage of unaffiliated voters in North Carolina increased from about 18 percent of the total electorate in 2004 to more than 27 percent in 2014. During that span, unaffiliated voters nearly doubled from about 910,000 in 2004 to nearly 1.8 million today. Unaffiliated voters now outnumber those of a major party in more than half of North Carolina’s 100 counties. They have surpassed Republicans in 36 counties and Democrats in 19.
…The voter makeup in your state House or Senate district – or both – is so lopsided in favor of either Democrats or Republicans that you could pretty easily guess who’s going to win.
Redistricting, as it often does, has left most of the 170 state House and Senate districts skewed in favor of one party or another. That means many legislative races are all but decided before Election Day, and Republicans who drew the maps are all but assured of keeping majorities in both chambers for two more years.
…Only one candidate appears on your ballot for your state legislative district.
The lack of competitive districts also results in many uncontested House and Senate races. This year, candidates in 19 of the 50 state Senate districts don’t have opponents on Nov. 4, while 59 of 120 House seats are already decided because only one name will appear on ballots.
…You’re confused, frustrated or apathetic because of all of the above.
Suggestion: Vote anyway.
Patrick Gannon writes columns for Capitol Press Association.

Listen to candidates, think and then vote wisely To actually vote is the most important action for us to take... read more