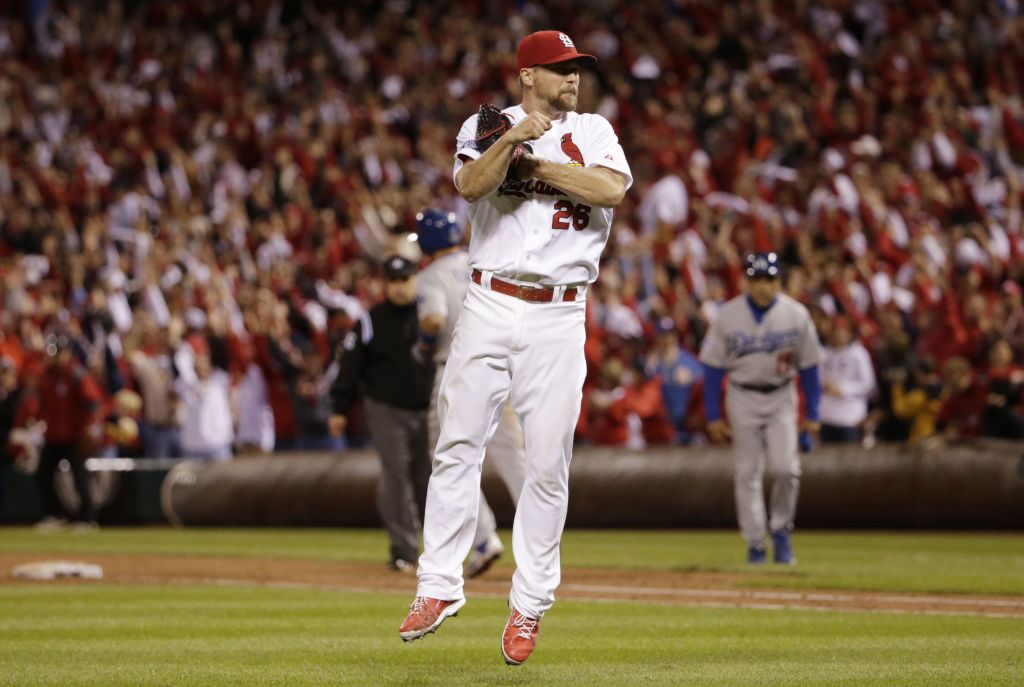 By Rick Hummel
St. Louis Post-Dispatch
(MCT)
ST. LOUIS _ Kolten Wong, whose main notoriety in his first post-season last year was in being picked off first to end a game, snapped a 1-1 tie with a two-run homer off Los Angeles lefthander Scott Elbert in the seventh inning and the St. Louis Cardinals held on for a 3-1 win over the Dodgers and snatched a 2-1 edge in the National League division series Monday night at Busch Stadium.
The Cardinals can clinch a berth in their fourth straight league championship series with a victory in Tuesday afternoon’s fourth NLDS game, which will start at 4:07 p.m. at Busch.
Elbert, considered the Dodgers’ No. 2 lefthander out of the bullpen, was used to start the seventh instead of veteran lefthander J.P. Howell, who allowed hits to three straight lefthanded batters in Game 1 on Friday.
Yadier Molina opened the inning with a double to left and was advanced to third on Jon Jay’s sacrifice as the Dodgers chose not to have anyone cover third on the bunt attempt as third baseman Juan Uribe was charging.
The lefthanded-batting Wong, who hit lefthanders at a .315 clip this season, then walloped a 407-foot homer to right.
The Cardinals threatened further in the inning when Matt Carpenter, who earlier had homered, doubled to right. Randal Grichuk greeted righthander Brandon League with a single to left but third-base coach Jose Oquendo stopped Grichuk at third even with weak-throwing Carl Crawford on the other end. Matt Holliday then hit a smash that hit League, who couldn’t locate the ball for an instant before tracking it and firing to first.
Wong had a chance to add on against Howell in the eighth but the Dodgers’ reliever made a stop nearly behind his back on Wong’s bases-loaded smash and turned it into an inning-ending double play.
Pat Neshek relieved in the eighth after “Big Game” John Lackey had fanned eight in seven brilliant innings as the Cardinals’ starter. Neshek was perfect in his inning and then Trevor Rosenthal gained his second save in the series, although in his usual Perils of Pauline style.
After the Dodgers put together two singles with one out in the ninth, Rosenthal fell behind 2-0 to Uribe before Cardinals manager Mike Matheny went to the mound to give Rosenthal a rest as he asked the grounds crew to tend to the dirt, which had been moistened by a seventh-inning shower.
Rosenthal rallied to retire both Uribe and A.J. Ellis on fly balls to right.
Carpenter’s third-inning homer was his third homer in three games in the series.