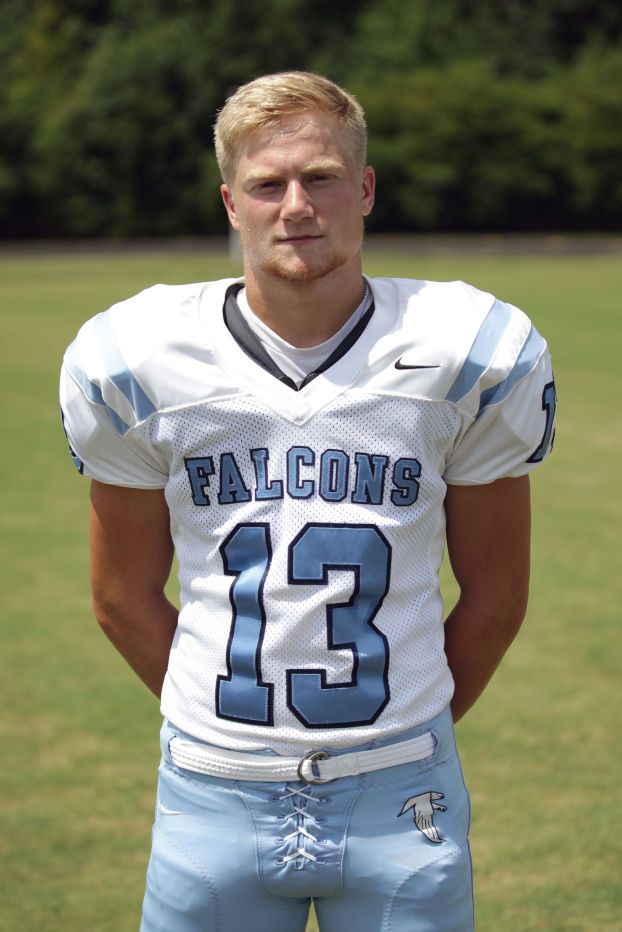 Harrison Baucom was there when the Falcons needed him most Friday against Carson. Baucom, who wears many hats for the Falcons, nailed a 34-yard game-tying field goal in the closing seconds of regulation to tie the game at 30 and send it to overtime.
West Rowan and Carson both scored in the first overtime. In the second overtime, Baucom caught the 13-yard, game-winning touchdown pass from Kacey Otto. Baucom missed the extra point, but the Falcons held on for the thrilling 43-37 win.
Baucom had 13 carries for 33 yards, his lowest total of the season. He also hauled in three catches for 34 yards. The production, in terms of yardage, was not what Baucom usually puts out, but he made the big play with the game on the line.